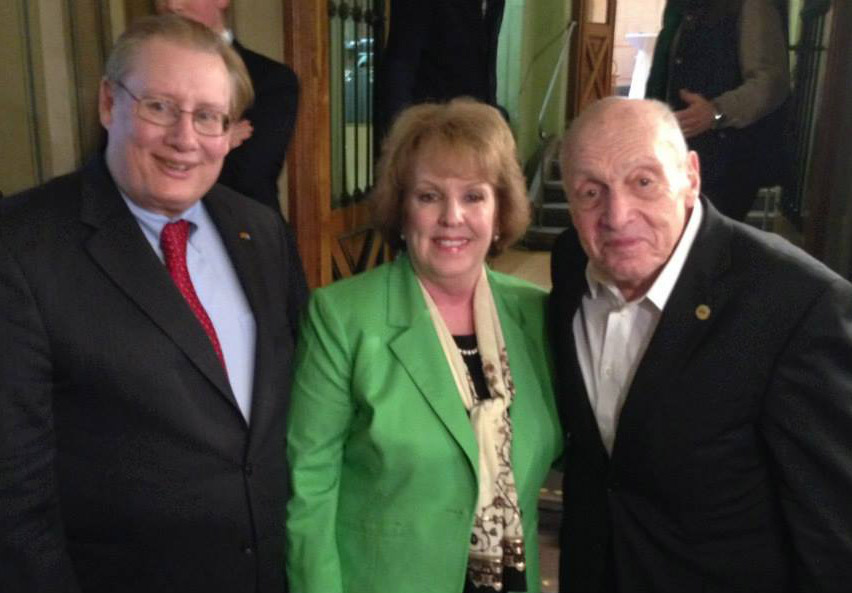 The U.S. Consulate General in Frankfurt joined forces with the Embassy in Berlin, the German Filmmuseum in Frankfurt, and theJewish Museum in Frankfurt for a special history lesson in the Filmmuseum’s movie theatre for some 200 high-school students and other youth audiences from the Rhine Main region on February 18th.  Featuring the story of the allied group “Monuments Men” (FDR’s Monuments, Fine Arts, and Archives program) in George Clooney’s new movie and their work of finding and saving pieces of art and other culturally important items from their destruction by Hitler during World War II, we introduced young Germans to that rather unknown part of German-American history.

In his opening remarks Consul General Kevin Milas emphasized the importance of protecting art as “DNA of a people” as he recalled the Taliban’s destruction of the Bamiyan Buddhas while he served in Afghanistan and what the loss of these 6th century monumental statues means to civilization.  He also told the students about his meeting with thelast living Monument Man Harry Ettlinger in Karlsruhe a few days before when German-born Ettlinger received one of the highest awards of the State of Baden-Württemberg for preserving its cultural heritage despite the fact that he had to immigrate to the U.S. with his Jewish family in 1938 to escape persecution by the Nazis.  Photos of Award Ceremony Honoring Harry Ettlinger | Monuments Men Trailer including interview with Ettlinger

After the screening, Prof. Rapahel Gross, Director of Frankfurt’s Jewish Museum, provided historical context to the film and then led a discussion with the attentive young audience about the topic of “stolen art” in general, the role of museums and the current debate about the Gurlitt case.