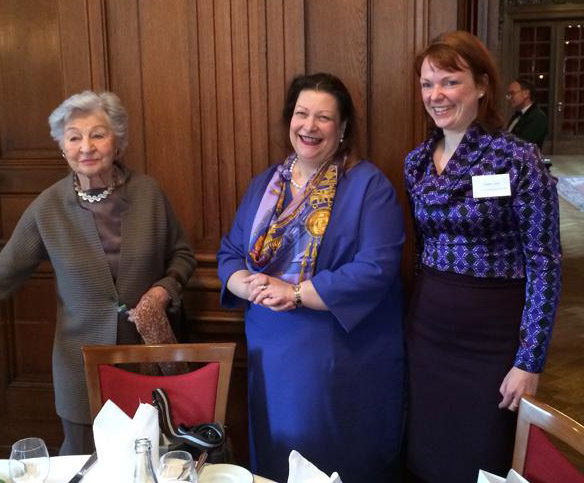 Deputy Principal Officer Charisse Phillips joined international women at the Cosmopolitan Club in Frankfurt on February 20th for a speech and luncheon discussion about the importance of women’s contributions to a country’s economy, empowering women, networking as well as educating and mentoring the next generation of women.  In her humorous and motivational speech, DPO Phillips shared personal anecdotes with the audience about her path from dreaming of becoming a princess to leading the world’s biggest consulate.  The DPO described State Department initiatives designed to help women realize their potential in working as entrepreneurs and also offered advice and examples of how to support women at all levels of their career.Photos | E-Journal