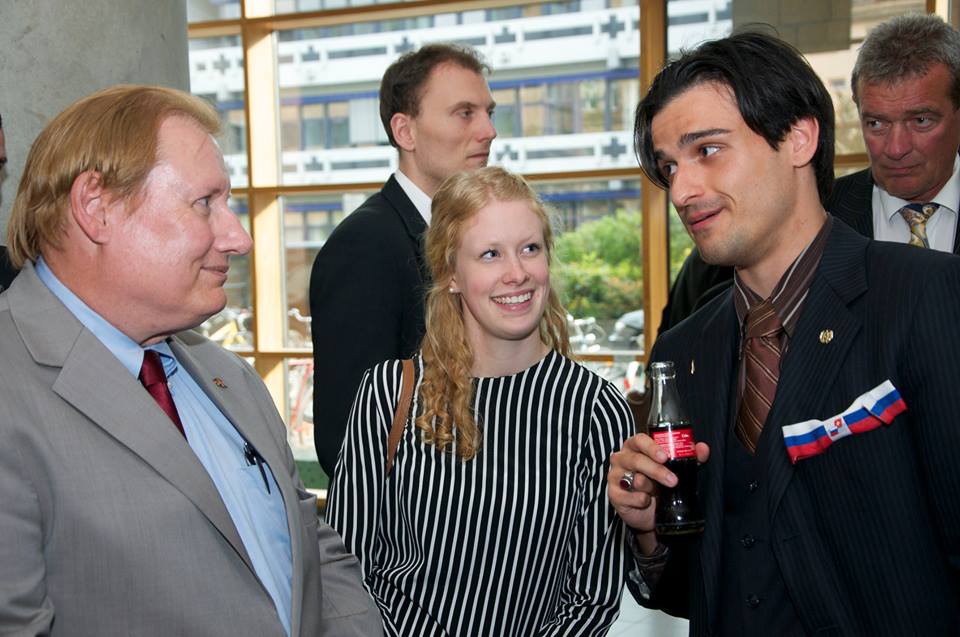 Consul General Kevin Milas addressed some 200 student delegates at the opening ceremony of the Model United Nations conference at the University of Mannheim on April 4. This mock United Nations conference is organized by the student participants in order to further interest in politics and diplomacy.  CG Milas gave insights about his diplomatic career and life in the Foreign Service and also talked about the challenges the United States and its partners are facing in the 21st century.  The Q&A session after his speech focused on policies on Russia, Ukraine, Afghanistan, and Iraq.  After the formal discussion the students surrounded the CG with even more questions on Foreign Policy and his experiences in different countries around the world.  Consul General Milas concluded his visit to the University with a call for action towards the younger generation as the future of the transatlantic relationship lies in their hands.