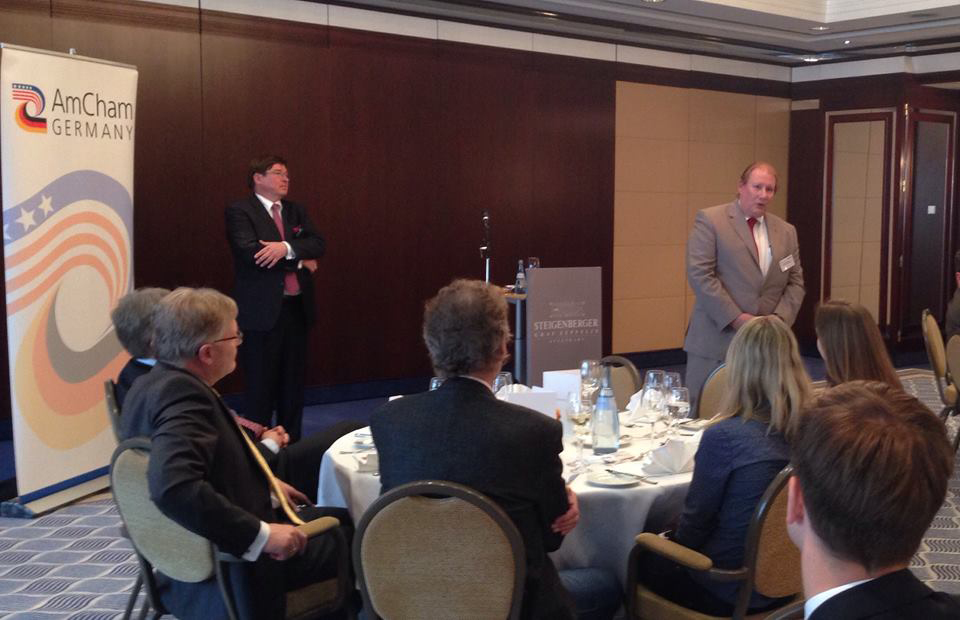 Consul General Kevin Milas and Alexander Whittington, Chief of the consulate’s Political and Economic Section, went to Stuttgart on April 8 for a key note speech and discussion on T-TIP and transatlantic economic ties to members of the American Chamber of Commerce and a discussion on diversity with Stuttgart’s Integration Commissioner and youth members of the German-Turkish Forum.  Consul General Milas underscored Europe’s importance for the United States but also urged to focus more on including the younger generation on both sides of the Atlantic in shaping the future of the German American partnership.  Addressing young Turkish Germans at Stuttgart’s city hall, the Consul General and P/E Chief Alex Whittington shared American efforts to integrate immigrants into the society and led a discussion on how Germany and the U.S. could learn from each other in that field.