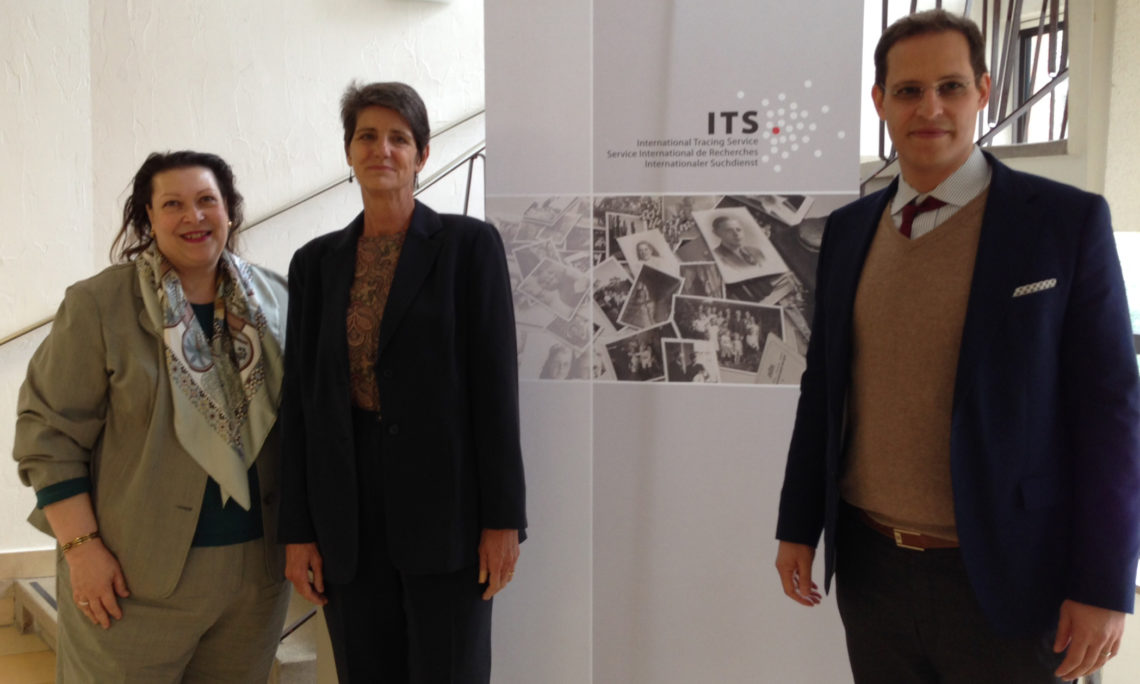 Deputy Principal Officer Charisse M. Phillips and Rüdiger Mahlo, Representative of the Conference on Jewish Material Claims Against Germany in Frankfurt, visited of the International Tracing Service (ITS)in Bad Arolsen on April 10.  ITS Director Dr. Rebecca Boehling, an American history professor on leave from the University of Maryland, and her team gave DPO Charisse Phillips and Rüdiger Mahlo a tour of the ITS facilities and presented samples of historical documents, facsimile, personal belongings, and their educational and teaching materials. DPO Phillips offered the consulate’s cooperation on outreach to students, teachers and other multipliers in order to make the ITS and its mission known to a broader public as well as initiate programs on combating violent extremism (CVE.)

Mr. Mahlo’s was just thrilled about the prospect of future cooperation with the ITS on applications from Jewish victims of Nazi persecution for return or restitution of their property lost during the Holocaust.  The Claims Conference has negotiated with the German government since 1951 to provide for payments directly to individual survivors and grants to social welfare organizations serving survivors or to Shoah Research, Education, and Documentation projects. Under Dr. Boehling’s leadership the ITS archives have been modernized and opened to public access to make its services more effective to Nazi victims and Holocaust survivors and those who seek to trace the fate of family members.  It is her goal to integrate the ITS more into the European and international network of research and educational institutions focused on Nazi persecution, the Holocaust, forced labor, and displaced persons.

Rüdiger Mahlo reported that the Claims Conference currently works on some 50.000 applications from survivors or their families in Eastern Europe.  Since the ITS archives include digitized files from the Russian Red Cross in Moscow as well as many more print documents from Russia he expects the whole process to speed up significantly now that the connection between the Claims Conference and the ITS has been established by the U.S. Consulate General in Frankfurt.  Both Dr. Boehling and Mr. Mahlo expressed their gratitude to DPO Phillips for playing the key role in connecting their institutions and thus presumably making it easier for Holocaust victims to claim their property.
ITS Press Release