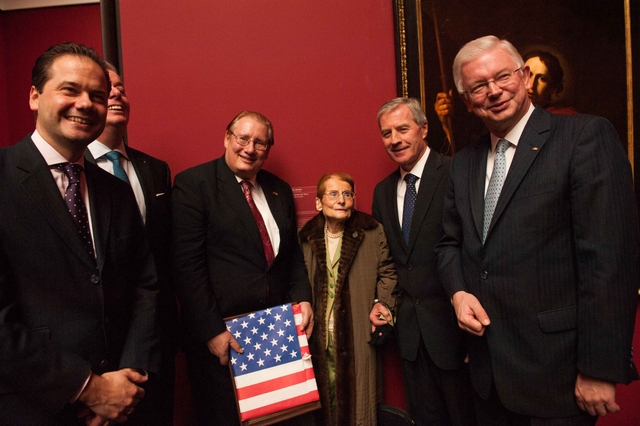 On December 8, Consul General Kevin C. Milas was among the many invited guests to celebrate the 100s birthday of Dagmar Westberg at the Städel museum.  Ms. Westberg is a generous supporter of the city’s university and art museums and a woman who had a long State Department career making her one of the oldest living Foreign Service Nationals.  CG Milas read a personal letter of Secretary of State John Kerry congratulating her to her birthday and honoring her commitment to science and arts and the German-American friendship.  After studying English in the United Kingdom in the 1930s, Westberg joined the American Consulate General in Hamburg and worked in the visa and passport section from 1939 until the consulate’s closure in 1941.  After the war, she rejoined Mission Germany as a staff member of the executive office in the newly reopened American Consulate in Frankfurt, where she served eight consuls general until her retirement in 1965. Photos