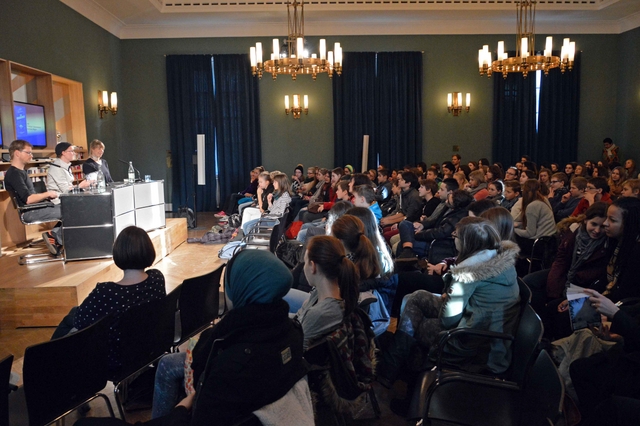 Swiss American children’s author Stefan Bachmann read to over 100 7th and 8th graders from Frankfurt high schools at Frankfurt Literaturhaus on December 8 from his latest novel “The What Not”.  The students were thrilled by his steampunk fairy tale about faeries and humans living in mutual suspicion and asked numerous questions on the story, Bachmann’s writing style and success of his books.  Born in Colorado and now living with his family in Switzerland, 21-year old Bachmann is a writer and musician.  He is currently studying composing at the Zürich University of Arts, and writing his fourth book.  His debut, “The Peculiar”, was published when he was nineteen years old.  The author also shared his experience of being homeschooled and living in a Swiss-American family. Photos