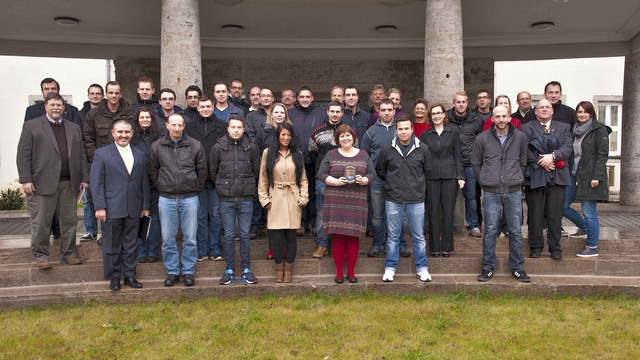 30 Bundeswehr soldiers of the Westerwald based Lazarettregiment 21 came to visit the Consulate on December 11.  Many of them have served together with American service members in NATO’s Afghanistan mission and were interested in learning about other areas of close German-American cooperation and about the role of Frankfurt’s Consulate General in the German-American relations.  Deputy Principal Officer Lisa Vickers and other section heads introduced the group into their sections tasks and the daily work of the Consulate.  For example: James C. Charlifue, Regional Inspector General of the U.S. Agency for International Development (USAID), discussed the cooperation in the fight against Ebola.  The topic of “women in uniform” was also talked about.  Consular‘s Lisa Hecht-Cronstedt presented the State Department’s “Federal ‪Women’s Program”.Photos