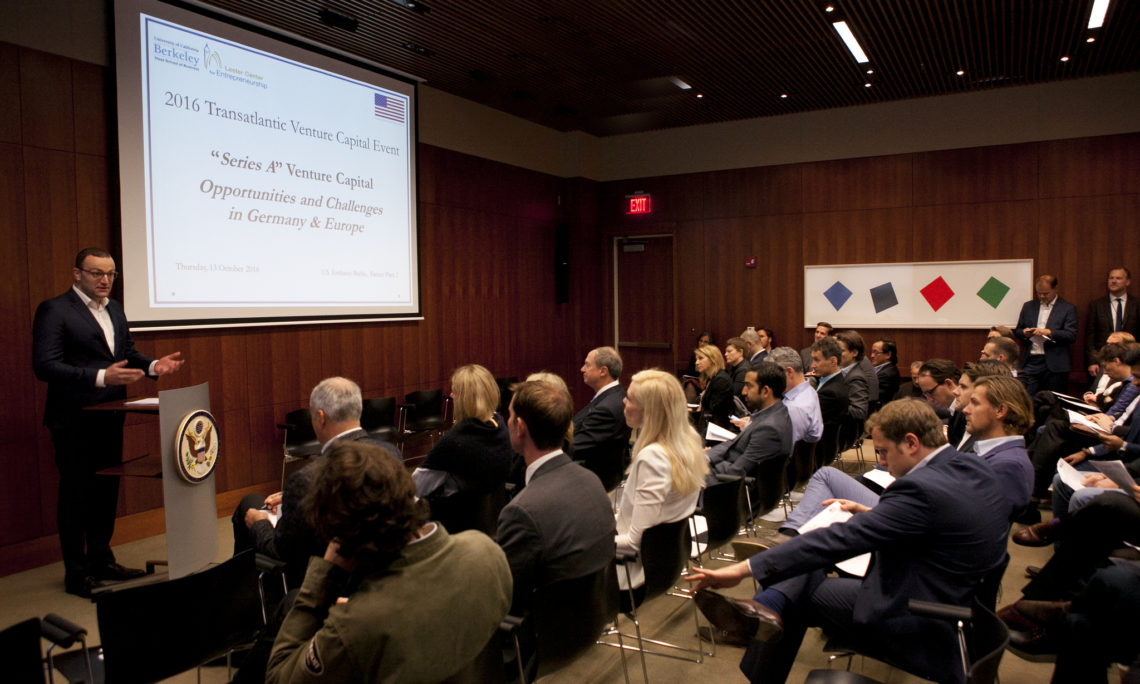 Hosted by the U.S. Embassy Berlin with support from the Lester Center of Entrepreneurship at the University of California, Berkeley
“Series A” Venture Capital – Opportunities and Challenges in Germany and Europe (…and why it is important for the future of Europe and the United States)

Germany continues to be the economic engine of Europe, with one of the world’s strongest economies.  Although Berlin has gained much of the global attention as a fast growing Startup Hub attracting world-class entrepreneurs, other cities in Germany and Europe are also developing and creating a Network of Startup Ecosystems, including Hamburg, Munich, Amsterdam, Lisbon, Paris, Tallinn, and Warsaw.  However, a shortage of early stage capital (post-seed or “Series A” venture capital) risks the startup potential in Germany and other European countries, slowing innovation and job creation, and perhaps leading to long-term economic and political challenges for America’s strongest global partner.

In 2015, innovative startups in the United States received $72 billion in venture capital while only $13.5 billion was invested in young companies across Europe. The conservative nature of German corporates and Mittelstand (mid-sized) companies combined with the startup funding gap provides opportunities for U.S. venture funds and continued transatlantic cooperation on innovation.