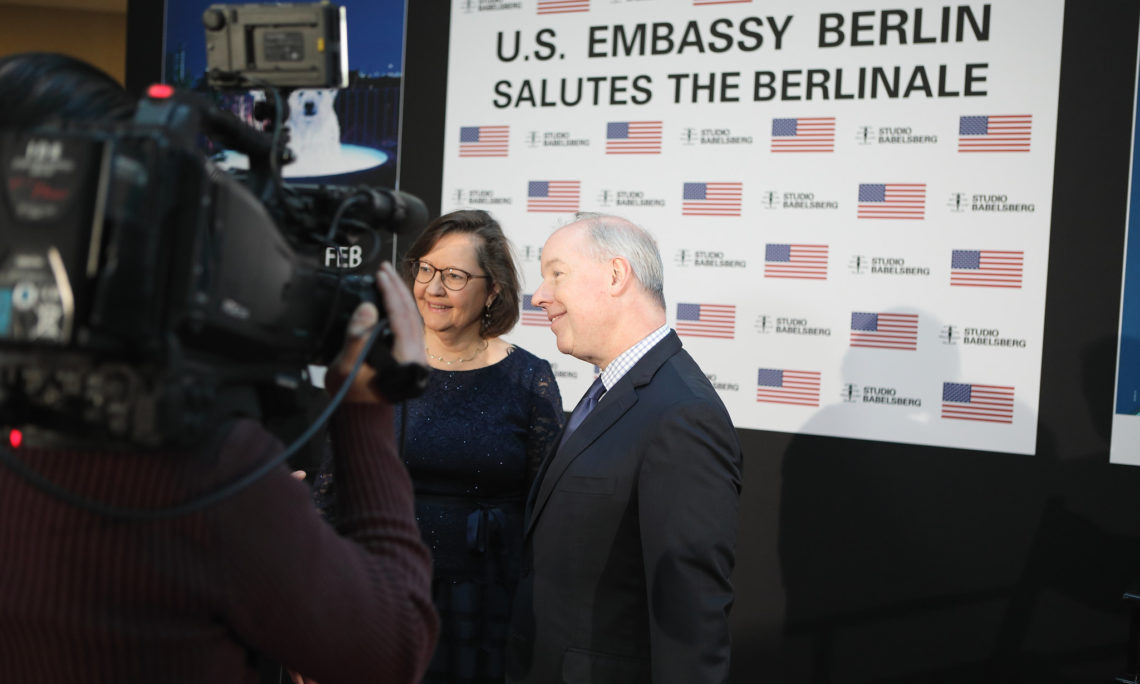 On the evening of February 20, Chargé d’Affaires Kent D. Logsdon and his wife Michelle welcomed around 300 German and international guests to the traditional Berlinale cocktail party at the US Embassy. Among the guests at the reception were numerous renowned actors such as Jan Josef Liefers, Hanno Koffler, Tim Seyfi, Burkhard Heyl, Keith Redmon, Aylin Tezel, Caroline Beil and Catherine Flemming. In his short speech, CDA Logsdon highlighted the importance of the Berlinale as an excellent example of German-American cooperation in the entertainment industry and spoke of the Berlinale’s history as one of the Marshall Plan projects. Studio Babelsberg once again provided original backdrops for the party. In addition to maple water, there were specially created “Isle of Dogs” cocktails for the evening, in honor of the Berlinale opening film by American director Wes Anderson.