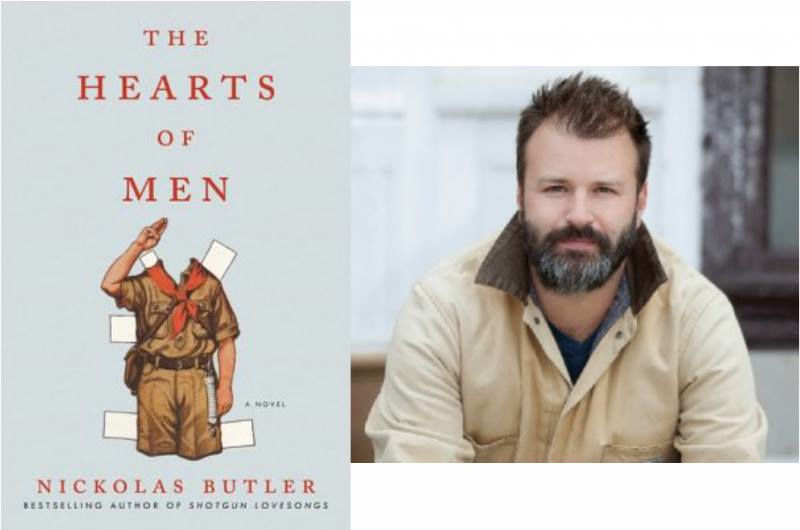 Admission: 8 Euro/ school groups free if they register with IRCBerlin@state.gov by February 12

Camp Chippewa, 1962. Nelson Doughty, age thirteen, social outcast and overachiever, is the Bugler, sounding the reveille proudly each morning. Yet this particular summer marks the beginning of an uncertain and tenuous friendship with a popular boy named Jonathan.

Over the years, Nelson, irrevocably scarred from the Vietnam War, becomes Scoutmaster of Camp Chippewa, while Jonathan marries, divorces, and turns his father’s business into a highly profitable company. And when something unthinkable happens at a camp get-together with Nelson as Scoutmaster and Jonathan’s teenage grandson and daughter-in-law as campers, the aftermath demonstrates the depths—and the limits—of Nelson’s selflessness and bravery.

Nickolas Butler is the author of the novel “Shotgun Lovesongs” and a collection of short stories entitled, “Beneath the Bonfire”. Born in Allentown, Pennsylvania and raised in Eau Claire, Wisconsin, he was educated at the University of Wisconsin-Madison and the University of Iowa Writer’s Workshop. His work has appeared in: Ploughshares, The Christian Science Monitor, The Kenyon Review Online, Narrative, The Progressive, and many other publications.