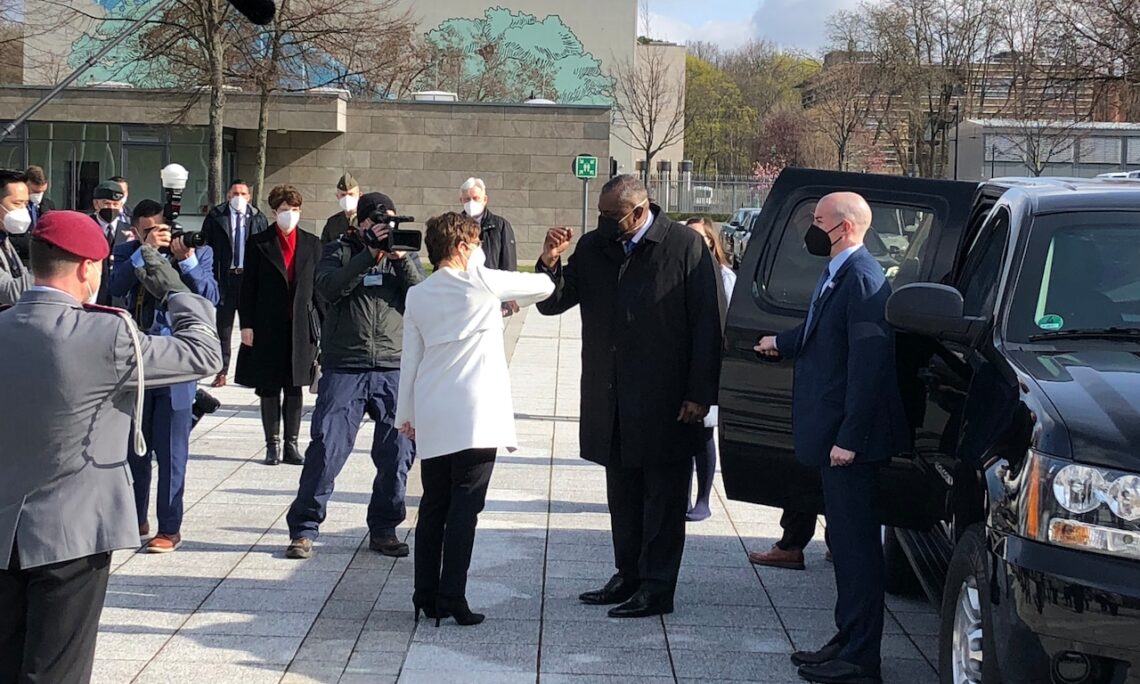 Germany is the first European nation Austin is visiting as Secretary of Defense.
After consultations with German Defense Minister Annegret Kramp-Karrenbauer, Secretary Austin announced that the United States will base an additional 500 service members in Germany.
In their Joint Press Conference, Secretary Austin thanked Germany for the steps it has taken to increase defense spending and to modernize its forces: “We all recognize the pressures each of our nations face when it comes to spending, but it’s important to maintain that momentum, especially in this era of increased strategic competition.”