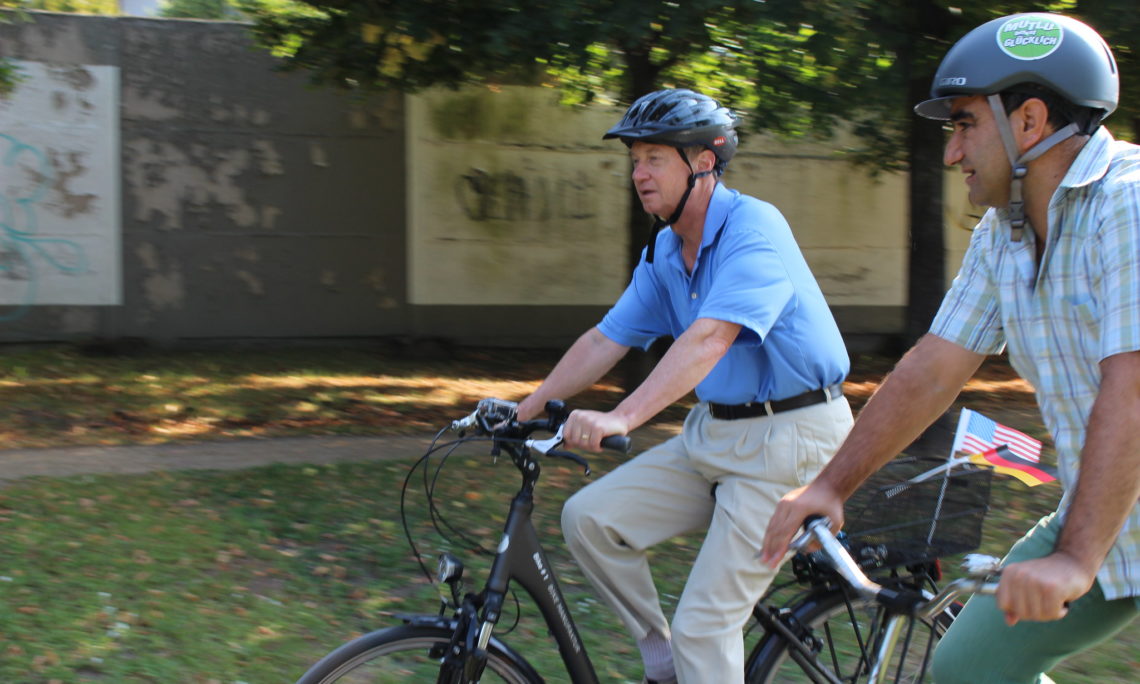 The tour with MoP Mutlu started at the Bundestag. The bike path along the former course of the wall served as a reminder of the past of Berlin. The first stop of the tour, however, allowed a glance into the future: the Bayer HealthCare CoLaborator, an incubator for bio-tech companies.  On the tour through the laboratory Ambassador Emerson highlighted the economic importance of startups in Germany and the United States.

The tour proceeded to a store of the Turkish supermarket chain Eurogida.  Both in the US and Germany, immigrants as entrepreneurs contribute immensely to the economy. According to a study immigrants generated 2.2 million jobs in Germany and offer a growing number of training positions.

MoP Mutlu, Ambassador and Mrs. Emersons stopped for lunch at the Turkish restaurant Pamfylia and then continued the tour to Himmelbeet, an intercultural community garden. “Michelle Obama and the President would love this garden”, commented Ambassador Emerson. “As you may know, Michelle Obama has the most famous garden in Washington, D.C.  She is a big supporter of urban gardening projects.”  The Yunus Emre Moschee marked the last stop of the four-hour long trip, where Ambassador Emerson and MoP Mutlu held a discussion with members of the mosque community.