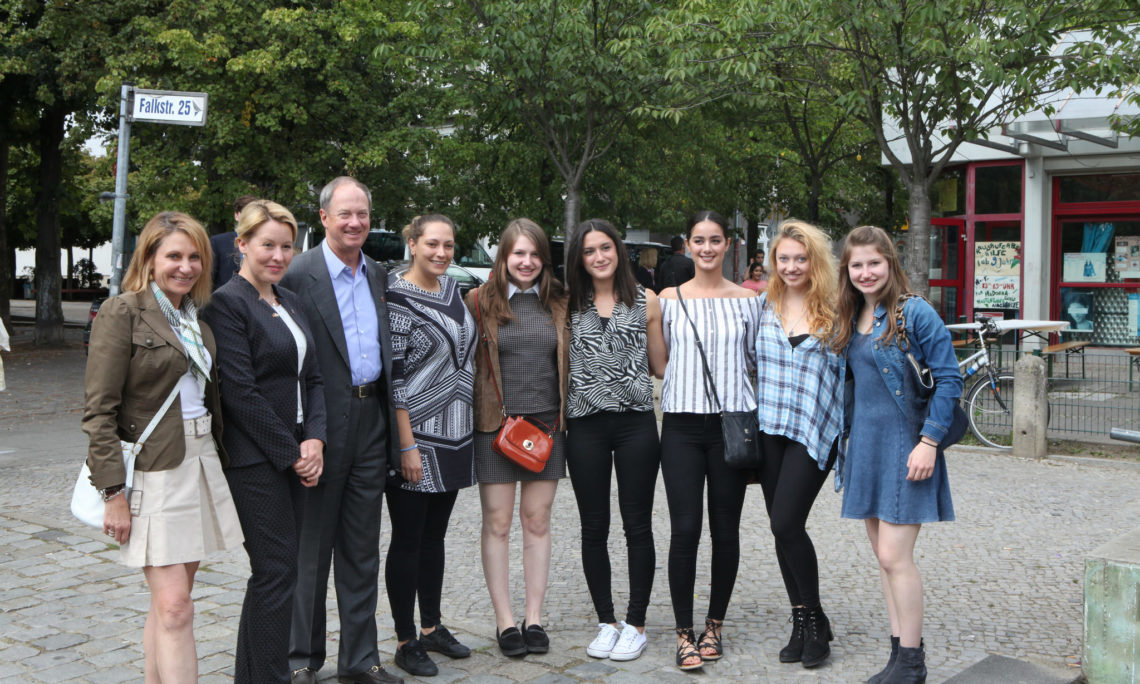 On August 16, the Ambassador and Mrs. Emerson, their three children together with the district mayor, Dr. Franziska Giffey, toured one of the most diverse districts in Berlin, Neukölln, where 40% of the residents have immigrant backgrounds. The tour showcased that Germany has historically accepted refugees from other countries displaced by war and that immigration brings positive opportunities.

The stops of the tour were: