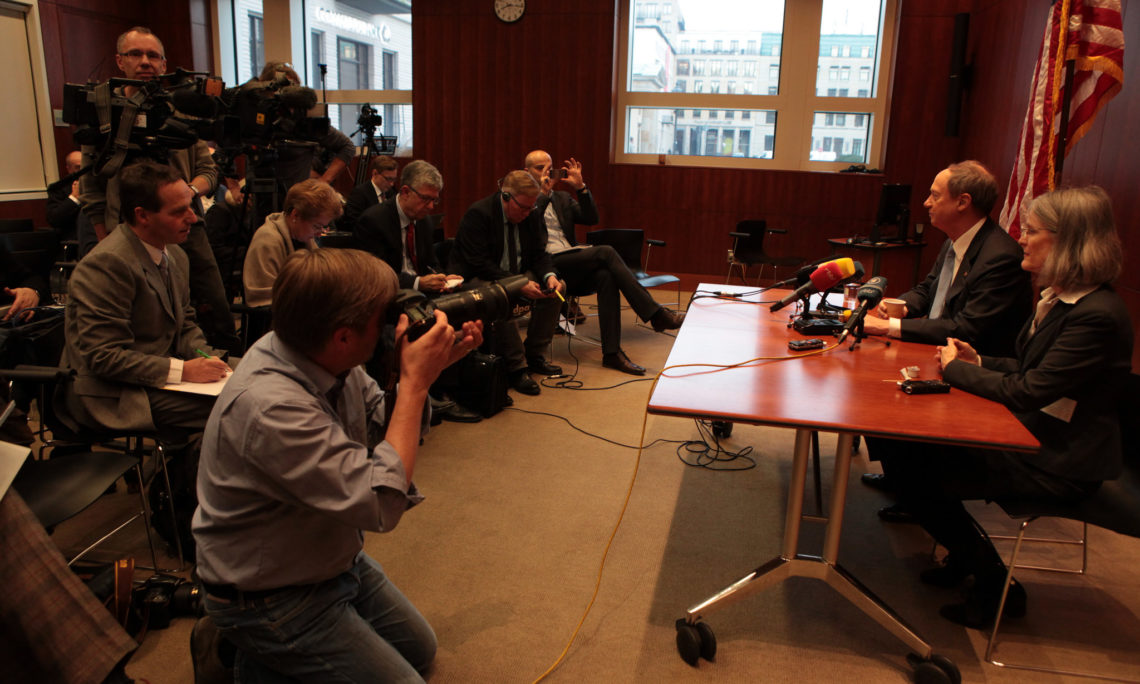 U.S. Ambassador to Germany John B. Emerson spent much of Election Night on November 8th, stretching into the morning hours of November 9th, at a series of public events and media interviews in Berlin, as well as in Skype conversations with friends and colleagues elsewhere in Germany. Drawing upon his wealth of experience working on political campaigns over the past couple decades, President Obama’s representative to the Federal Republic of Germany provided his insights into the electoral process, the issues facing the nation, the atmosphere in which the American voters were going to the poll, and the results as they came in. Without even taking time for a nap, Ambassador Emerson spoke and mingled with German participants attending all-night “election watch” gatherings at the Bertelsmann Foundation and the Baden-Württemburger Vertretung. He was interviewed constantly by journalists from N-TV, ARD, Handelsblatt Global Edition, Huffington Post, NPR, ZDF, Deutsche Welle, bild.de, Bloomberg, and Hessischer Rundfunk. Our colleagues at the US Consulates in Hamburg, Leipzig, and Munich played taped greetings from the Ambassador at their election events, and he also spoke live to attendees via video link at parties hosted by the US Consulates in Frankfurt and Düsseldorf. On Wednesday morning, Ambassador Emerson took part in a press conference at the U.S. Embassy and a post-election breakfast discussion, as well as another event at DGAP. 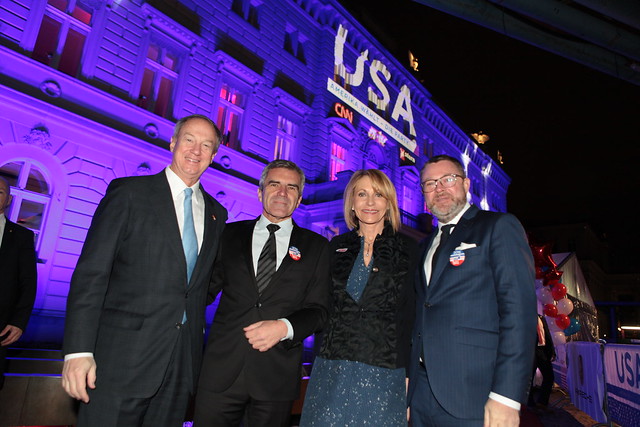