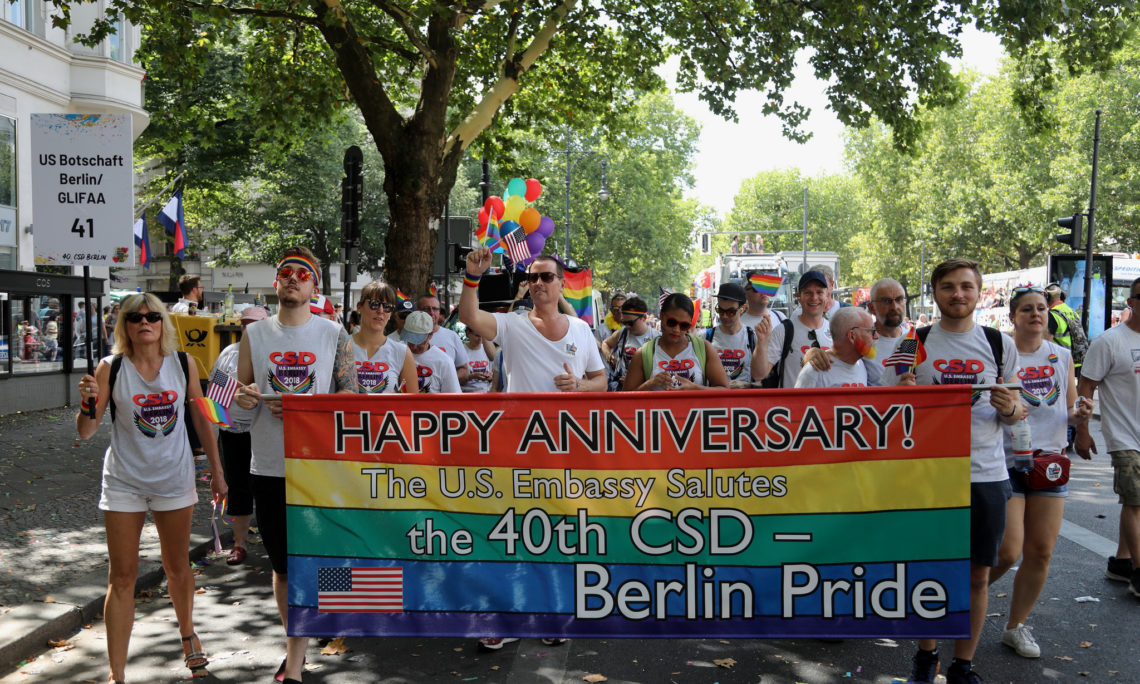 Ambassador Grenell and Embassy Berlin were proud to take part in Berlin’s 40th Christopher Street Day (CSD) parade.  This year marked the embassy’s seventh time marching, and the Ambassador’s 25th Pride (his first was the March on Washington in 1993). The Embassy and Ambassador Grenell hosted a series of activities to communicate U.S. support for human rights during Pride season in Berlin, including flying the Pride flag, displaying a large banner on the side of Chancery building (which read “Unsere Botschaft heißt Liebe”), and an afternoon reception at the Chancery.  Plus, of course, participation in Berlin’s famous parade, which attacted a million spectators this year, where the embassy had a float.