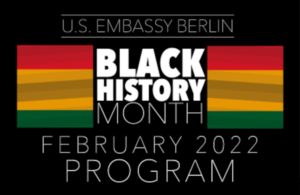 Please note: The panel discussion will be in German and will be broadcast live on:

Audre Lorde, the highly influential, award-winning African-American lesbian poet came to live in West-Berlin in the 80s and early ’90s. She was the mentor and catalyst who helped ignite the Afro-German movement. With her active support a whole generation of writers and poets for the first time gave voice to their unique experience as people of color in Germany. Black. Queer. Feminist.

Audre Lorde – The Berlin Years 1984 to 1992 focuses on Audre Lorde’s relation to the German Black Diaspora, her literary as well as political influence, and is a unique visual document about the times the author spent in Germany. The film is also for coming generations a valuable historical document of German history, which tells about the development of an Afro-German movement and the origins of the anti-racist movement before and after the German reunification. The film relates the beginnings of these political debates and therefore facilitates a historical analysis and an understanding of present debates on identity and racism in Germany.

For the film link and further information please register via e-mail: BERLINPA@state.gov

Gems of Wisdom: The History of Hip HopInteractive Workshop and Q&Awith Wordsmith (Baltimore) and Nelson Brandt, a.k.a. Nepumuk (Offenbach)
Monday, February 7, 2022, 4-6 pmLivestream via https://www.youtube.com/channel/UCMwIKHf44zNlSTW_vXub_jg In English.

In celebration of Black History Month, the U.S. Embassy and Consulates in Germany invite you to join Baltimore-based musician Wordsmith and his band as they take you on an interactive journey through Hip Hop. Discover Hip Hop’s various styles, musical and technological influences, performative elements and how artists have used Hip Hop’s forms of expression to stand up for social justice and fight against discrimination. The first wave of English-language Hip Hop came to Germany from the United States at the beginning of the 1980s. Hip Hop parties and competitions sprang up, drawing rappers, sprayers and break-dancers from across the country. Backed by a generation of young fans, a number of artists around the world continue to use Hip Hop’s popularity as a way to piece together societal fractures, building bridges between different cultures in the face of division. Wordsmith is joined by Offenbach-based artist Nelson Brandt, a.k.a. Nepumuk. This workshop is a mixture of lecture, performance and interactive teaching.

This is part of the Virtual Speaker Series of the U.S. Embassy and U.S. Consulates in Germany

People who are Black are distinct, not a homogeneous group. ​Their identities are defined by multiple affiliations, multiple nationalities and lives without borders. They are unique in their gender identities, desires, beliefs, abilities, income levels, and other attributes. Black is diverse. One term for this is intersectionality, a concept that recognizes that a person is not just made up of a single characteristic, but of many characteristics, and that these interact with one another. The Afro Census, released by EOTO e.V. in 2021, focuses on this diversity and shows that higher than average social engagement comes from the very people who are especially vulnerable due to intersecting experiences of discrimination. So what constitutes our differences and how can we form alliances? The eighth storytelling evening organized by ISD Frankfurt offers a space for individuals to share their stories from Afrodiasporic, multiple and transnational perspectives. They are personal expressions paired with political contexts. The format is reminiscent of the tradition of  oral history that is widespread on the African continent.Storytellers: Sociologist Betânia Ramos Schröder, artist James Atkinson, community organizer Hawo Abdulle, queer activist Kai Logaric @veganrebell and journalist Latifah Cengel. Moderated by Hadija Haruna-Oelker.

To be confirmed:
Tuesday, February 22, 2022
Location: Allied Museum, Berlin
Event:
19:00-21:00: Concert and discussion:
Learn about the incredible story of a Black GI who sang the blues and was sent overseas to Germany during the Cold War! American Blues Ambassador EB Davis is a former American GI, sent to Berlin in the eighties.  As Chief of Communications of the U.S. Military Liaison Mission (USMLM), he performed not only in West Berlin during the Cold War, but was also sent across the wall to perform in East Berlin, Leipzig and Halle.  EB Davis is currently active as a Blues musician in Germany.

Covid rules:  2G+ applies. Please check the Allied Museum website on the day of the event in order to find out if it got canceled due to the Covid-19 situation!

Please note: The panel discussion will be held in English and broadcast live on

Diplomats of the Department of State and Auswärtiges Amt share their stories and experiences of being part of a foreign service entity.

A limited number of guests will be allowed to attend in person under 2G + rules. – Please register via e-mail: BerlinPA@state.gov. A livestream will be available.