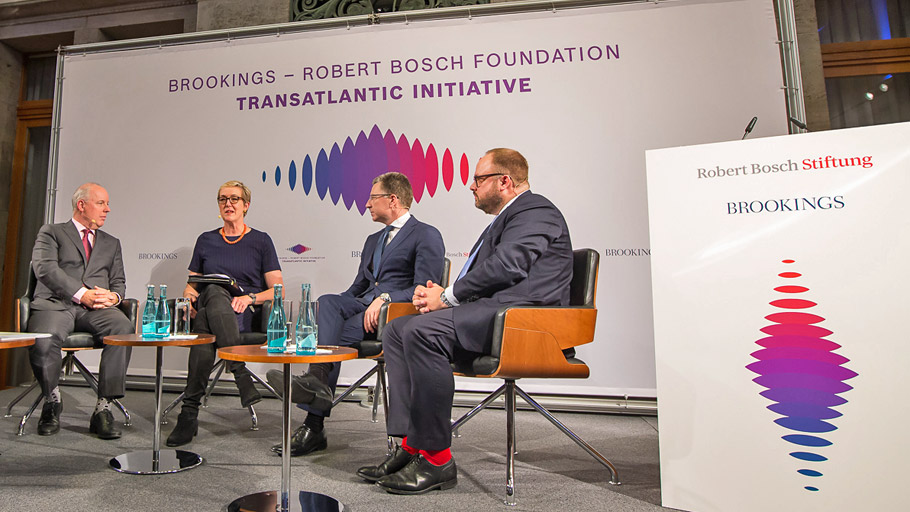 To mark the launch of the Brookings – Robert Bosch Foundation Transatlantic Initiative (BBTI), Chargé d’Affaires Kent Logsdon and Special Representative for Ukraine Negotiations and Executive Director of the McCain Institute Kurt Volker joined Transatlantic Coordinator Jürgen Hardt, Constanze Stelzenmüller (Brookings), and Jan Techau (Holbrooke Forum/American Academy Berlin) in Berlin October 24 to discuss the path ahead for transatlantic discussions. In a lively public discussion, the group explored how Europe and the United States can work together on challenges such as those posed by North Korea, Russia, and ISIS – and make progress on other pressing issues such as trade. They agreed that the two sides cannot take continued partnership for granted. Chargé Logsdon welcomed the expanding partnership between the Robert Bosch Stiftung and the Washington-based The Brookings Institution and commented that Europe and the United States need strong communication at all levels, including people-to-people and expert exchanges.