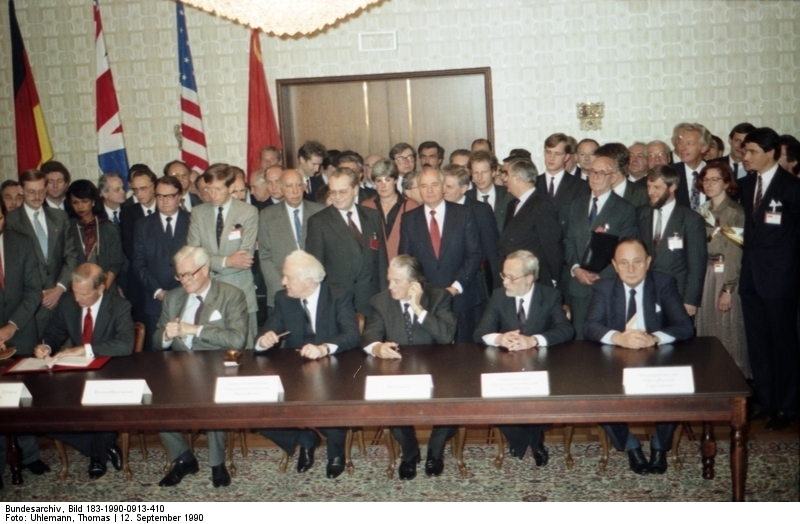 In November 1989, I was nearing the end of my first diplomatic posting at the United States Consulate in Stuttgart.  It had been a year of extraordinary events; I felt fortunate to be in Germany as history was being shaped.  When the Berlin wall fell, the world saw a new era ahead.

It would be an era of possibilities and challenges.  The first and perhaps greatest challenge was faced by Germans themselves:  bringing the country together.  The momentum, the commitment, and the bravery of people across Germany was visible to all of us.  Together, people from every walk of life conquered difficulties large and small – with the world watching.

That is why, on this 30th anniversary of the reunification of Germany, we celebrate together.  We honor the people in Germany and abroad who shaped the history of our time.  But this anniversary is more than an opportunity to honor those who helped Germany’s rebirth.  It’s also a time to celebrate the vital U.S.-German relationship and our shared commitment to democracy, freedom, and human rights.

We will never forget the commitment and faith exemplified by the Germans who fought for a functioning and vibrant democracy for Germans east and west.  Thirty years later, we are working together as Allies to build a free and secure world for this generation and the next.  Together, we are tackling the new and complex challenges the world is facing.

That’s why high-level visitors – including the U.S. Secretary of State, who visited Halle and Leipzig in 2019 – travel to Germany.  It’s also why the U.S. Consulate General in Leipzig – re-established in 1992 – has increased in size over the last year.  As our diplomatic ties have flourished, so have the region’s sister-city relationships with the United States:  Savannah-Halle (leading to the blending of Halle salts with Savannah seasonings); Nashville-Magdeburg (establishing the music festival “Nashville Days” to cement their ties); Houston and Leipzig (winning the 2010 Sister Cities International’s annual Art and Culture Award for cities with a population over 500,001); and Shawnee and Erfurt (building through robust exchanges between their Fire Departments).  Eastern Germany’s standing has also grown in the context of U.S. economic interests, with the United States being the largest source of foreign direct investment in Saxony and Thuringia and the second largest in Saxony-Anhalt.

Of course, despite great progress over the past thirty years, challenges still remain.  But it is not in spite of challenges, but because of them, that we grow.  The United States’ founders, in establishing our Constitution, decided to write clearly in the first line, why we needed such a document.   The very first reason?  “In order to form a more perfect union.”  It is a reminder, every day, that our democratic values are part of an on-going, living process shaped by “we, the people.”

The United States and Germany share a commitment to open dialogue and democratic values.  It defines the partnership between us.  Our shared experiences strengthen our bond.  We stood together thirty years ago as Germany became one nation again.  We stand together now.