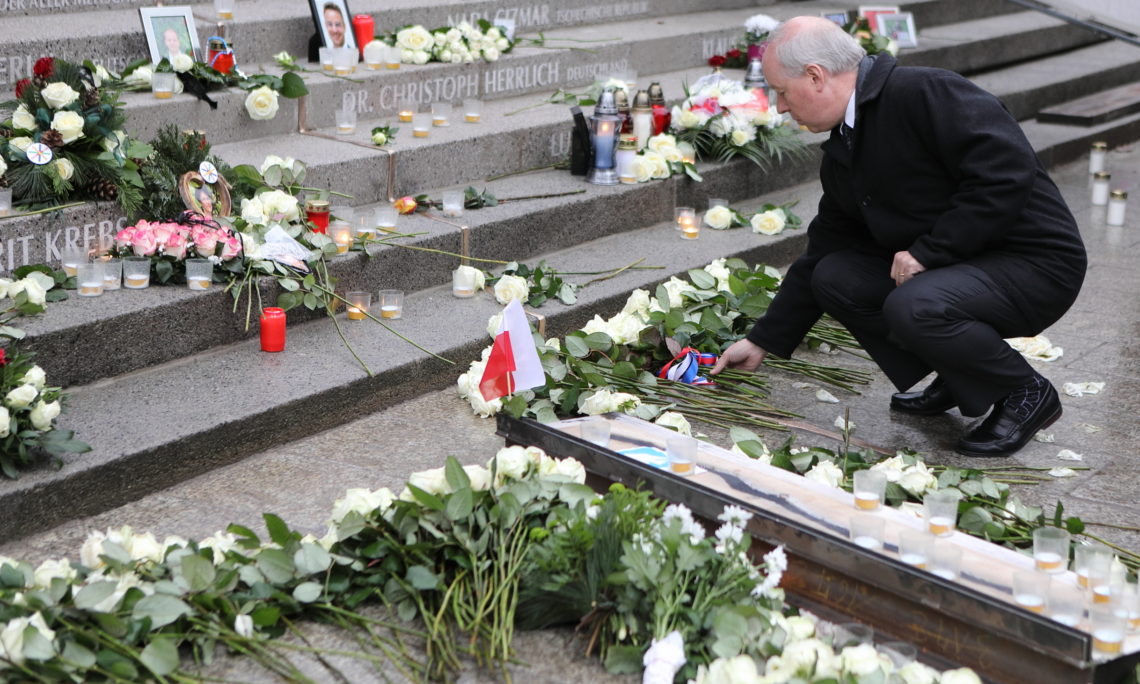 Berlin, December 19, 2017. We join our German friends today in remembering the tragic attack on the Christmas market at Breitscheidplatz a year ago today. While the intent of this event was evil, it also underscored the resilience and strength of the human spirit. Twelve people lost their lives that day, and 70 were wounded, including two American citizens. Germans did not, however, let this evil act stop a long-held cultural tradition – as the attacker intended. Instead, the opposite happened. The fortitude Germany showed in the face of tragedy and pain was –and is – remarkable. We remember the fallen, but this season, the Christmas market at Breitscheidplatz is open and bustling – as are countless holiday markets around the city and the country. Our societies are stronger than any act of cruel and violent terrorism.