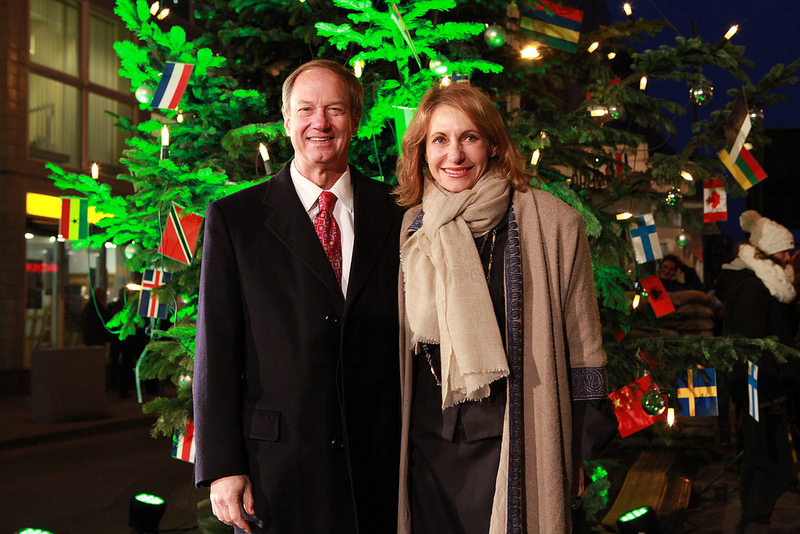 Ambassador John B. Emerson lit the Christmas tree at Checkpoint Charlie on December 2, 2013. The annual tree lighting commemorates a 1961 event when a thousand Christmas trees were erected along the Berlin Wall to express solidarity with the people who lived in the former East Berlin. The illumination symbolizes hope, peace, and unity and also commemorates the Allied Forces who stood guard at this site and could not spend Christmas with their families.