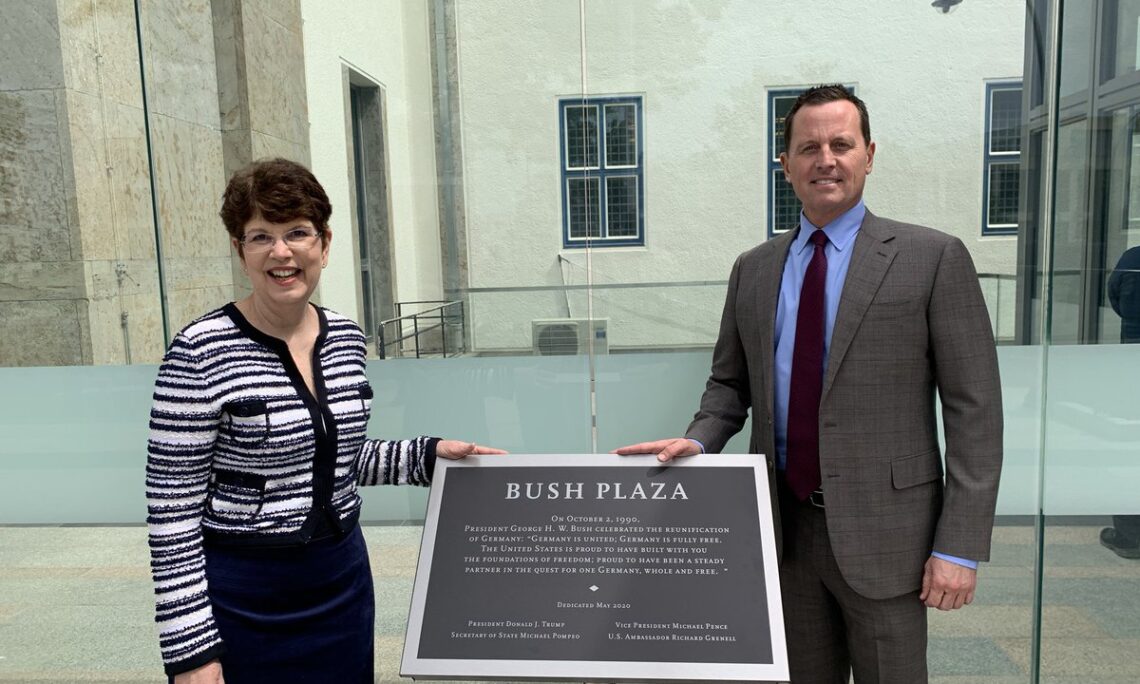 The Embassy building on Clayallee is a historic building and was long our representation to West Berlin; a sign of our support for the divided city’s democratic future as part of the western alliance. The building was occupied by U.S. forces from July 1, 1945, until July 12, 1994. Subsequently, the building has served as a part of the U.S. diplomatic representation to Germany. Bush Plaza, at the entrance to the building, is accessible to members of the public.

This year 2020 marks the 30th anniversary of German reunification, which took place on October 3, 1990. President Bush, Sr. was instrumental in the peaceful end to the Cold War and German reunification. This showcases an important part of U.S. diplomatic history and would recognize President Bush’s significant contributions to a united Germany that is free and prosperous.

“The U.S. is proud to have built with you the foundations of freedom; proud to have been a steady partner in the quest for one Germany, whole and free.” – President George Bush, Sr., October 2, 1990