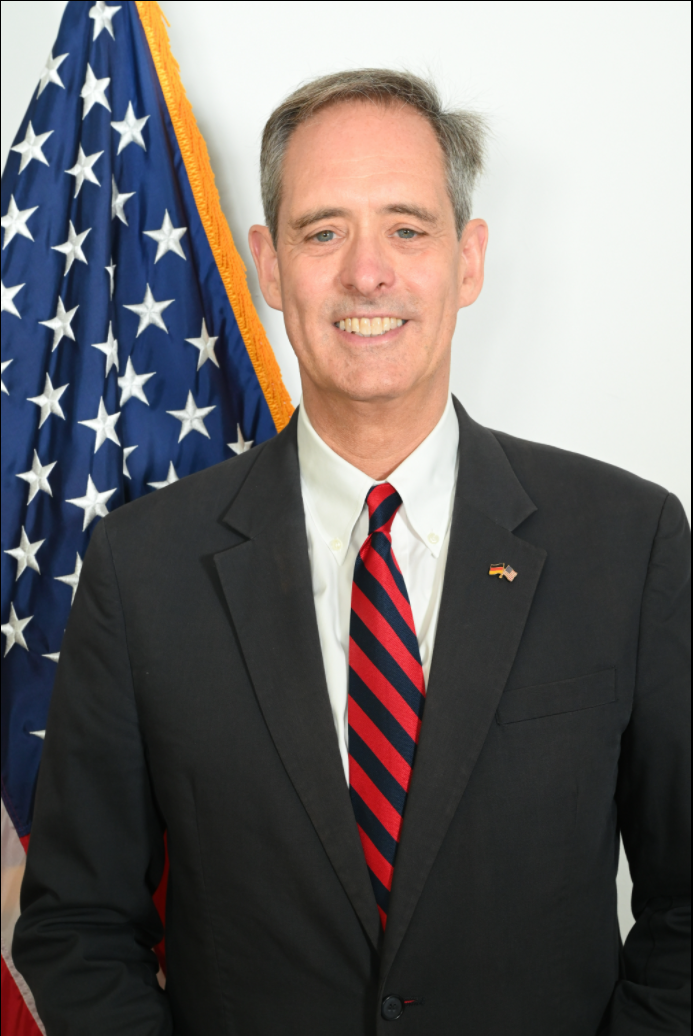 Norman Thatcher Scharpf assumed the responsibilities of Principal Officer and Consul General at the U.S. Consulate General in Frankfurt, Germany, on August 6, 2021. From August 2018 to December 2020, he was Deputy Executive Secretary in the Office of the Secretary of State, leading the Secretariat staff and responsible for organizing the Secretary’s overseas travel. He is a career U.S. diplomat with the rank of Minister Counselor.

Thatcher served as Counselor for Management Affairs of the U.S. Tri-Missions in Vienna (Bilateral Embassy to Austria, Mission to the UN and International Organizations in Vienna, and Mission to the Organization for Security and Cooperation in Europe) from 2015 to 2018; as Deputy Chief of Mission of the American Embassy in Bratislava, Slovakia, from 2012 to 2015; and as Deputy Director of the Office of Specialized and Technical Agencies in the State Departments Bureau of International Organization Affairs in 2010-2011. Other overseas assignments have included Belgrade, Tallinn, Zagreb, Warsaw, and Sao Paulo. He has received numerous Superior and Meritorious Honor Awards from the State Department.

Prior to joining the Foreign Service, Thatcher served as a Surface Warfare Officer in the U.S. Navy. His assignments included shipboard tours on the guided-missile destroyer USS Robison (DDG-12) and the aircraft carrier USS Ranger (CV-61) and staff assignments in Panama and Washington, DC. He is the recipient of the Defense Meritorious Service Medal, the Navy Commendation Medal, and the Navy Achievement Medal.

Thatcher grew up in Washington, DC, and graduated from the St. Albans School. He has a bachelor’s degree in Economics from the University of Pennsylvania and a Master’s degree in National Security Resource Strategy from the National Defense University. His active foreign languages are German, Slovak, Portuguese, Spanish, and French; previous foreign languages included Serbo-Croatian, Polish, and Estonian. He is married to the former Donna Marie LaPorte of New Orleans, Louisiana. They have a daughter and two sons; the youngest attends high school in Frankfurt. Three of Thatcher’s four grandparents were the grandchildren of Germans who immigrated to the United States from Hessen and Baden-Wuerttemberg in the second half of the nineteenth century.