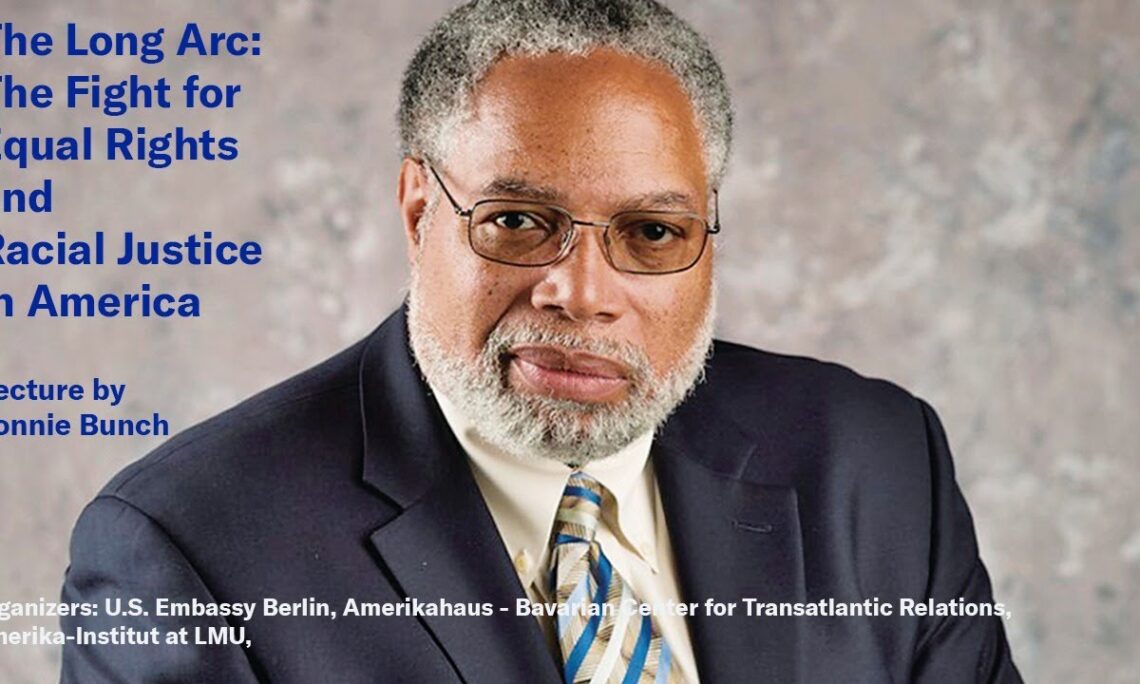 The event takes place online and will be streamed live on YouTube:

“The Long Arc:  The Fight for Equal Rights and Racial Justice in America”

Secretary of the Smithsonian Lonnie G. Bunch III joins Dr. Andreas Etges, Senior Lecturer at Ludwig-Maximilian-University Munich, for a discussion on the long fight for civil rights, the role of the National Museum of African American History and Culture in highlighting that fight and the current protest movement in the U.S. and beyond.

You are invited to ask Secretary Bunch your questions during the program. If you already have a question, you can send it in advance to programm@amerikahaus.de – the e-mail must have the subject line “Question for Secretary Bunch“.

Mr. Lonnie G. Bunch III is the 14th Secretary of the Smithsonian, the first African American in this position. As Secretary, he oversees 19 museums, 21 libraries, the National Zoo, numerous research centers, and several education units and centers. Previously, he was the founding director of the Smithsonian’s National Museum of African American History and Culture. The museum has welcomed more than 6 million visitors since it opened in September 2016 and compiled a collection of 40,000 objects. Secretary Bunch served as the president of the Chicago Historical Society (2001–2005). He has written on topics ranging from the black military experience, the American presidency and all-black towns in the American West to diversity in museum management and the impact of funding and politics on American museums. His most recent book is A Fool’s Errand: Creating the National Museum of African American History and Culture in the Age of Bush, Obama, and Trump.

Mr. Bunch was appointed by President George W. Bush to the Committee for the Preservation of the White House in 2002 and reappointed by President Barack Obama in 2010. In 2019, he was awarded the Freedom Medal from the Roosevelt Institute for his contribution to American culture as a historian and storyteller; the W.E.B. Du Bois Medal from the Hutchins Center at Harvard University; and the National Equal Justice Award from the NAACP’s Legal Defense Fund.