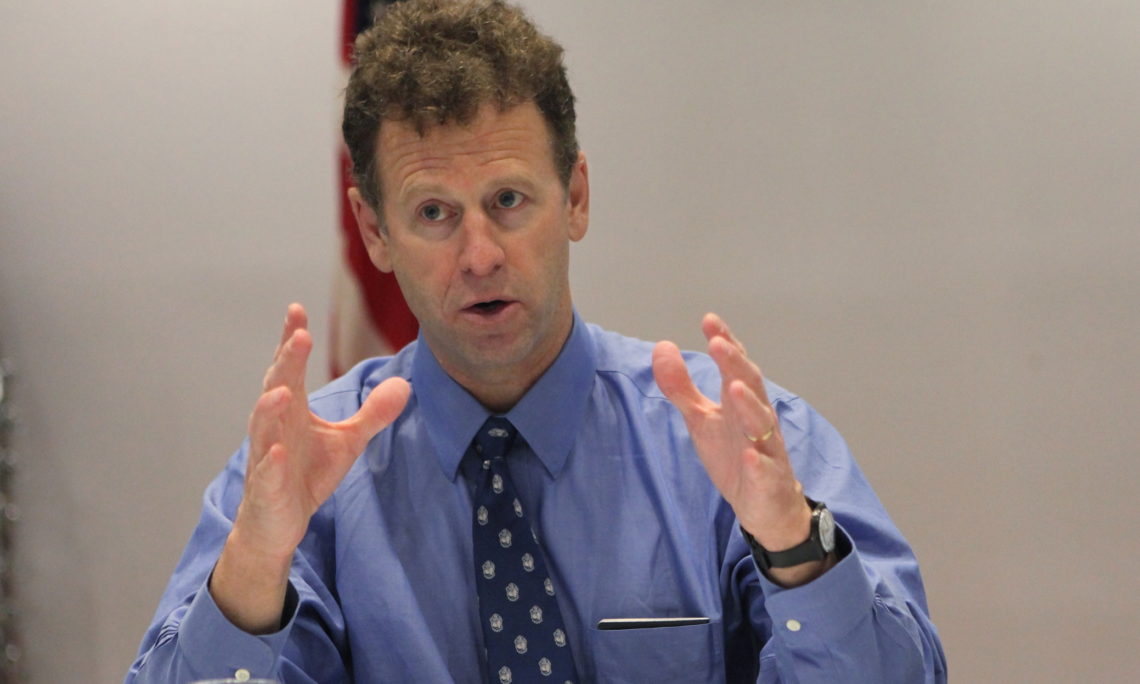 During his speaker tour that brought him to Berlin and Munich, Dr. Michael O’Hanlon from the Brookings Institution offered an analysis of what the future of NATO and the European Security Order might look like and point to potential next steps for the trans-Atlantic alliance. In this new Brookings Marshall Paper “Beyond NATO: A New Security Architecture for Eastern Europe,” Michael O’Hanlon argues that now is the time for Western nations to negotiate a new security architecture for neutral countries in eastern Europe to stabilize the region and reduce the risks of war with Russia. He believes NATO expansion has gone far enough. The core concept of this new security architecture would be one of permanent neutrality.

In Germany, Michael O’Hanlon met with journalists from various German media outlets, engaged in fruitful discussions at the Atlantik-Brücke and the Heinrich Böll Foundation in Berlin where he and Omid Nouripour, Member of the Bundestag for Alliance90/The Greens, teamed up. Michael O’Hanlon also met with students and faculty of LMU’s Geschwister School Institute of Political Science in Munich.

We seized the opportunity and interviewed Dr. O’Hanlon.

Michael O’Hanlon is a senior fellow in Foreign Policy at the Brookings Institution, where he specializes in U.S. defense strategy, the use of military force, and American national security policy. He is also director of research for the Foreign Policy program at Brookings. He is an adjunct professor at Columbia, Princeton, and Syracuse universities and University of Denver. He is also a member of the International Institute for Strategic Studies.