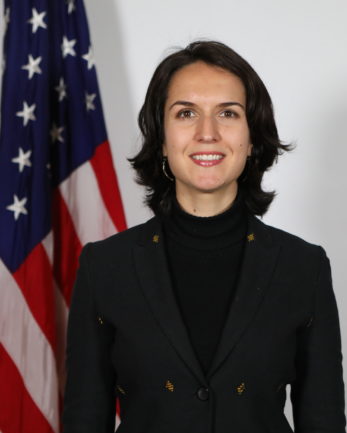 Emily Yasmin Norris assumed duty as Consul at the U.S. Consulate General in Leipzig for the states of Saxony, Saxony-Anhalt, and Thuringia, in November 2018.

Originally from Boston, Massachusetts, she has a degree in Public Policy and International Affairs, with a Certificate in Near Eastern Studies from Princeton University.  She speaks Farsi, French, Arabic, German, and Indonesian.