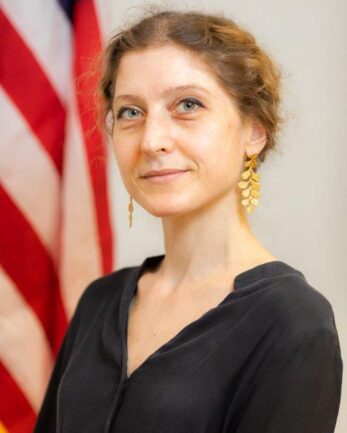 Julia Hozakowska assumed duty as Consul at the U.S. Consulate General in Leipzig for the states of Saxony, Saxony-Anhalt, and Thuringia, in August 2020.

Ms. Hozakowska joined the Foreign Service in 2011 and has served at the U.S. Consulate General in Guangzhou, China; the Bureau of Political-Military Affairs; the Bureau of Intelligence and Research; and the Bureau of European and Eurasian Affairs.

She has a Bachelor’s degree in International Relations, Russian and Eastern European Studies, and German Linguistics from Boston University; a Master’s of Science in Comparative Politics from the London School of Economics; and a Juris Doctorate with a Certificate in International Law from the University of Pittsburgh, School of Law.