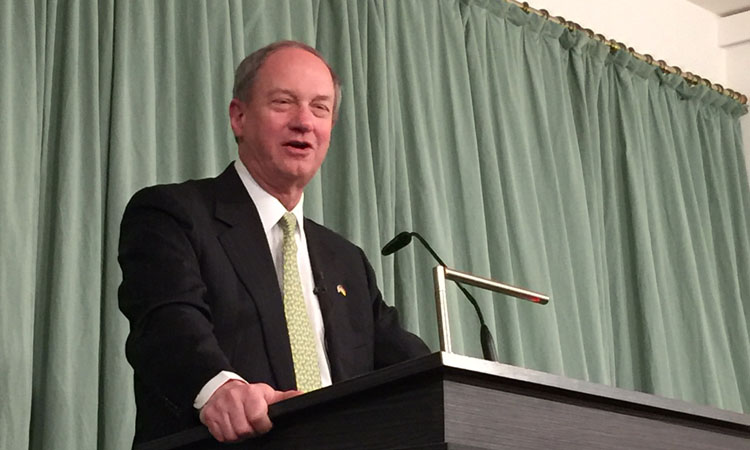 Ambassador Emerson and his family visited the American Academy in Berlin (AAB) on the shore of Wannsee for a farewell dinner on the evening of Monday, January 9th.  After the meal ended, Ambassador Wolfgang Ischinger, Chair of the Munich Security Conference and former German envoy to Washington, gave a warm introduction before Amb. Emerson started his keynote address.  Amb. Emerson spoke of his tenure as U.S. Ambassador to Germany, the impact of the experience on his wife and daughters, the state of U.S.-German relations, current challenges facing both Germany and America (including integration), and what to expect as Barack Obama departs office and Donald Trump enters the Oval Office.  Amb. Emerson then took questions from the audience of about 100 invited guests from academia, journalism, cultural institutions, the world of politics, and civil society before clinking glasses at a follow-on reception.