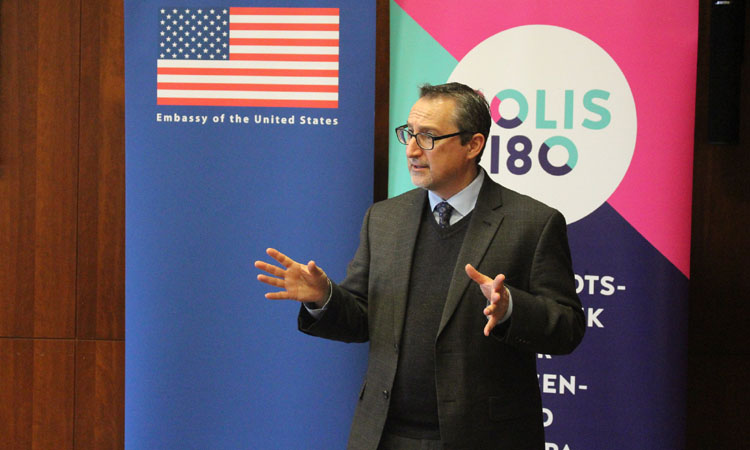 March 9, 2017. In cooperation with Polis180, we hosted a breakfast discussion with Paul Freedman, Associate Professor of Political Science at the University of Virginia and election analyst with ABC in New York City. In his lecture, Professor Freedman provided an overview of the media’s role in the presidential election 2016. He focused on topics like the Americans’ trust in mass media as well as the phenomenon of fake news. Over coffee and croissants, the audience delved into discussion of additional aspects of the topic, which included the emergence of new political campaign methods. Professor Freedman also gave a lecture at the Museum THE KENNEDYS, in which he comprehensively analyzed the results of the presidential election.