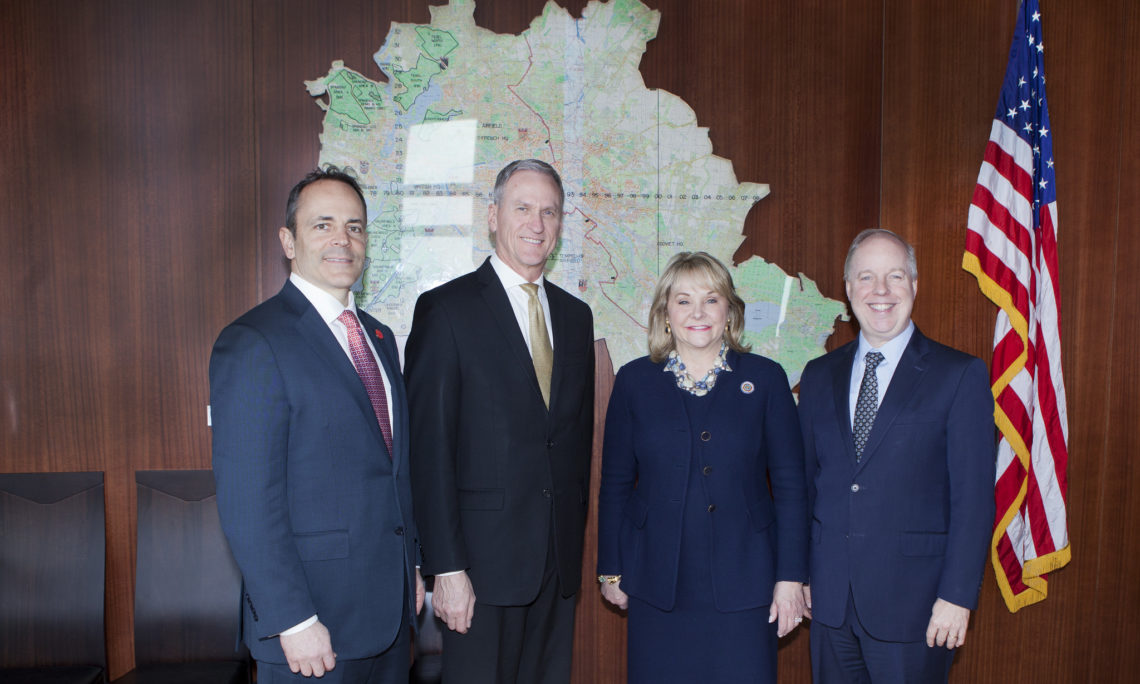 The Governors of Kentucky, South Dakota and Oklahoma with Chargé d’Affaires Kent Logsdon

Chargé d’Affaires Kent Logsdon welcomed Governors Matt Bevin from Kentucky, Mary Fallin of Oklahoma and Dennis Daugaard of South Dakota on their visit to the U.S. Embassy in Berlin to hear from Embassy experts on German approaches to training and apprenticeships as they look to attract investment from Germany and other European countries to their states.  The governors also visited German companies and training centers in a program managed by the National Governors Association.  The German system for workforce development is widely regarded as successful at maintaining a well-qualified workforce, and the governors discussed with Embassy officials and German counterparts how to bring some of the key “lessons learned” on effective worker training approaches to their home states.  At the Embassy, they also exchanged views with companies interested in investing in the U.S., as well as with German officials and experts on apprenticeships and worker training.

The trip was paid for and funded by the Siemens Foundation and JPMorgan Chase. 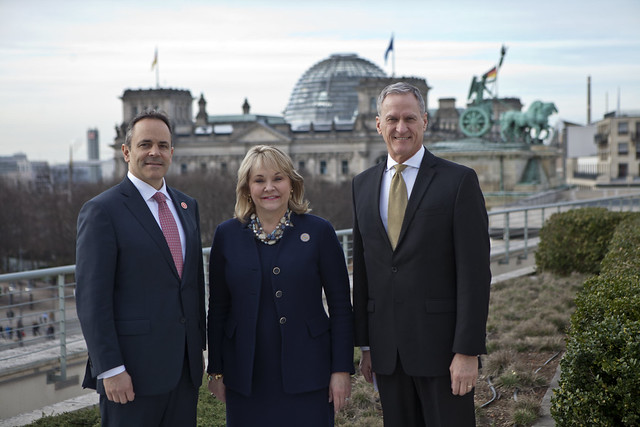