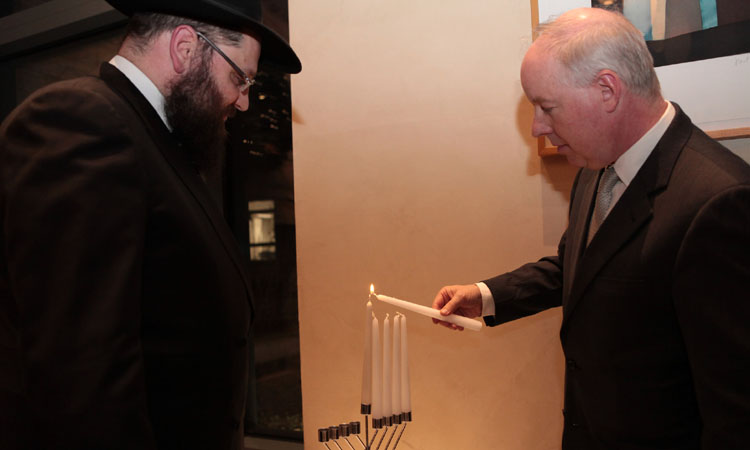 On the evening of December 27, Deputy Chief of Mission Kent Logsdon welcomed 80 guests to a Hanukkah reception at the Embassy. Among them were Yakov Hadas-Handelsman, Israeli Ambassador to Germany, Volker Beck, Member of the German Parliament, Ramona Pop, Mayor and Senator for Economics, Energy, and Public Enterprises, Gideon Joffe, Chairman of the Board of the Jewish Community of Berlin, and Aiman Mazyek, Chairman of the Central Council of Muslims in Germany. Since 2010, the U.S. Embassy has been hosting the annual reception on the occasion of the Jewish festival of lights in cooperation with Rabbi Yehudah Teichtal, President of the Chabad Jewish Education Center. After the reception, the Deputy Chief of Mission participated in the Menorah lighting ceremony on Pariser Platz which was dedicated to the memory of the victims of the Berlin terrorist attack. Or Elyakim, whose mother Dalia was killed in the December 19 attack, lighted the fourth Hanukkah candle.  His father Rami, who was seriously injured in the attack, is still in hospital. The couple from Israel had come to Berlin for a short vacation. 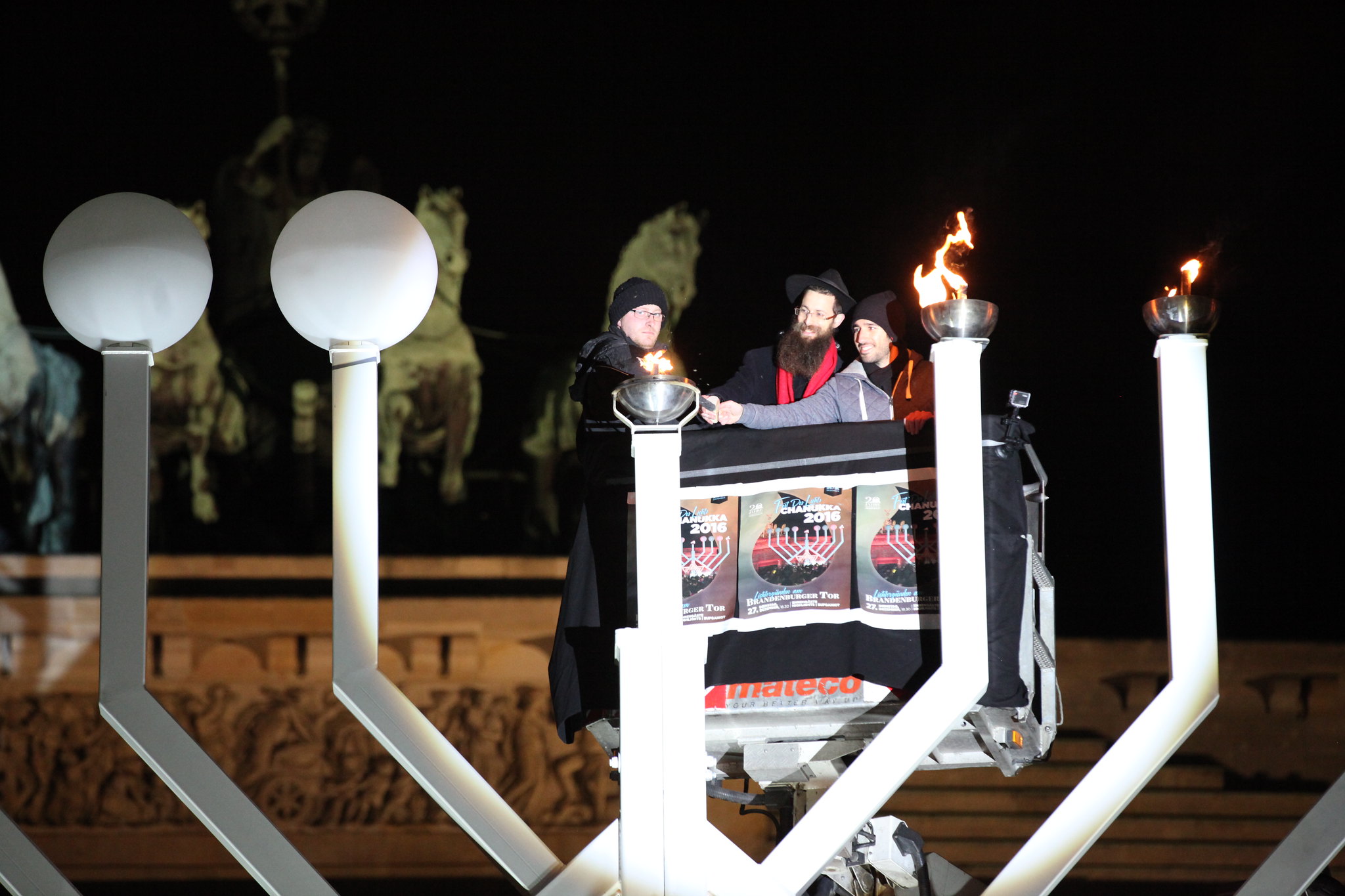