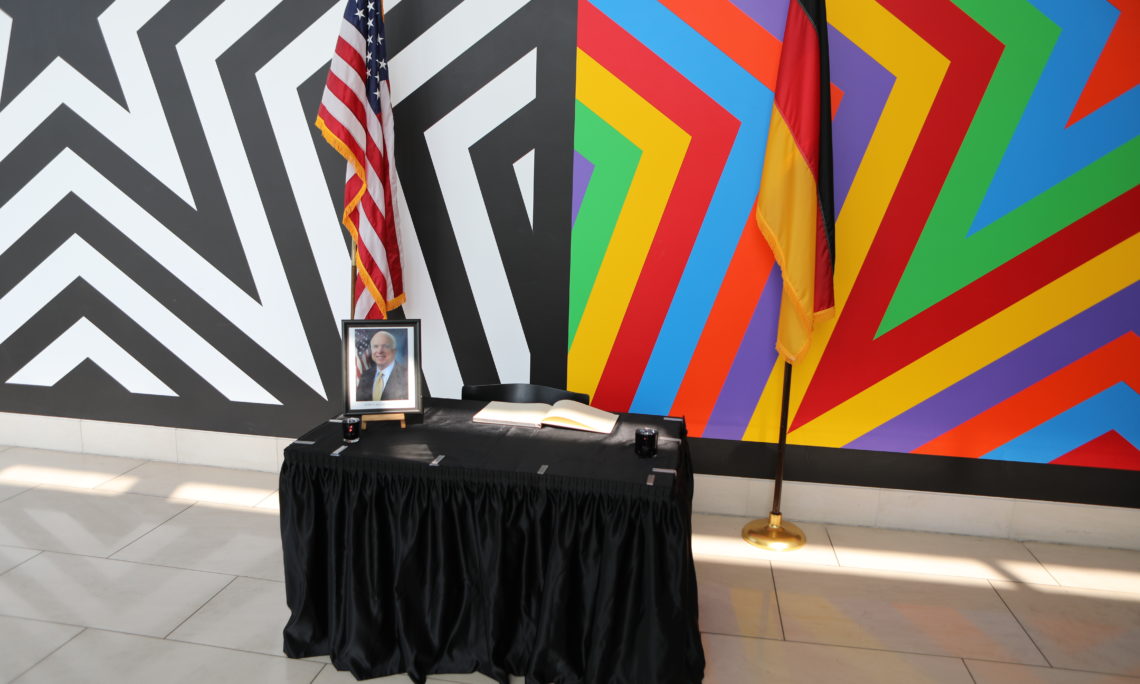 The news of the death of Senator John S. McCain brings me great sadness. He was an inspiration to me and many people around the world.  I worked for Senator McCain during his 2000 presidential campaign and it is there where we saw what a true Maverick leader looks like. He was unorthodox, outspoken, and bold in his defense of what he felt was right and just.  When he conceded the race, he said that he would never walk away from a fight in defense of those values; and he never did.  His voice will be missed, at home and around the world.  His public and military service were exemplary. My thoughts and prayers are with Cindy, Doug, Andy, Sidney, Meghan, Bridget, John Jr., and Jimmy during this time.