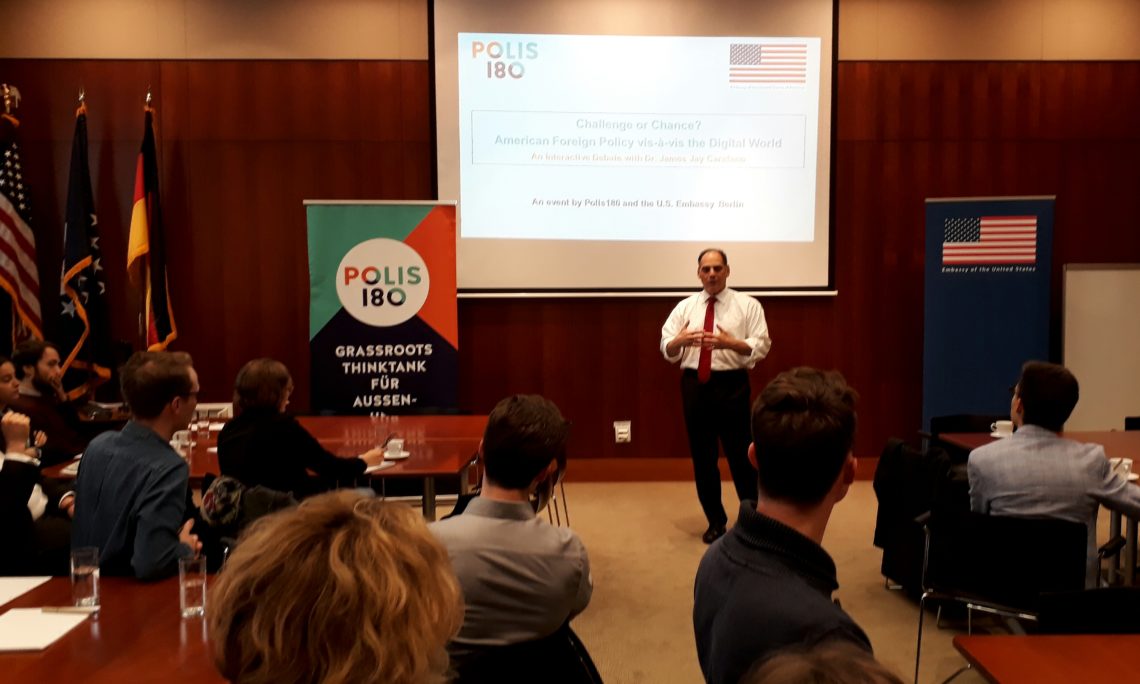 On October 12th, Dr. James Jay Carafano, Vice President of the Washington-based Heritage Foundation, met with a group of journalists for a press roundtable on the foreign and security policy of the Trump administration. Dr. Carafano explained the changes in the foreign and security policy of the current administration and stressed that peace and stability in Europe are still of paramount importance. When asked why people had the impression that these policies have undergone a major change, Dr. Carafano explained that this was due to the unconventional way of communicating. He said that after World War II, there has never been a greater interest in good transatlantic relations and a peaceful and stable Europe.

In addition to the press roundtable, Dr. Carafano also took part in an interactive discussion with Polis 180, a grassroots think tank. During the event, current foreign and security policy challenges were taken up and innovative approaches to solving them were developed in small discussion groups. They focused on questions such as: “What are the particular challenges for US foreign policy due to the increased interconnection in the world? What role does digitization play in diplomacy and security policy? Which solutions and opportunities can we derive from this?” The workshop’s aim was to better understand and assess the challenges for U.S. foreign policy in the 21st century.

Dr. Carafano also gave a speech on U.S. foreign policy at an event of the German Council on Foreign Relations (DGAP). In his opinion, President Trump’s foreign policy decisions are “very traditional” despite all the rhetoric. Dr. Carafano argued that we should be looking less at the president’s Twitter page – and more at what the government was actually doing.