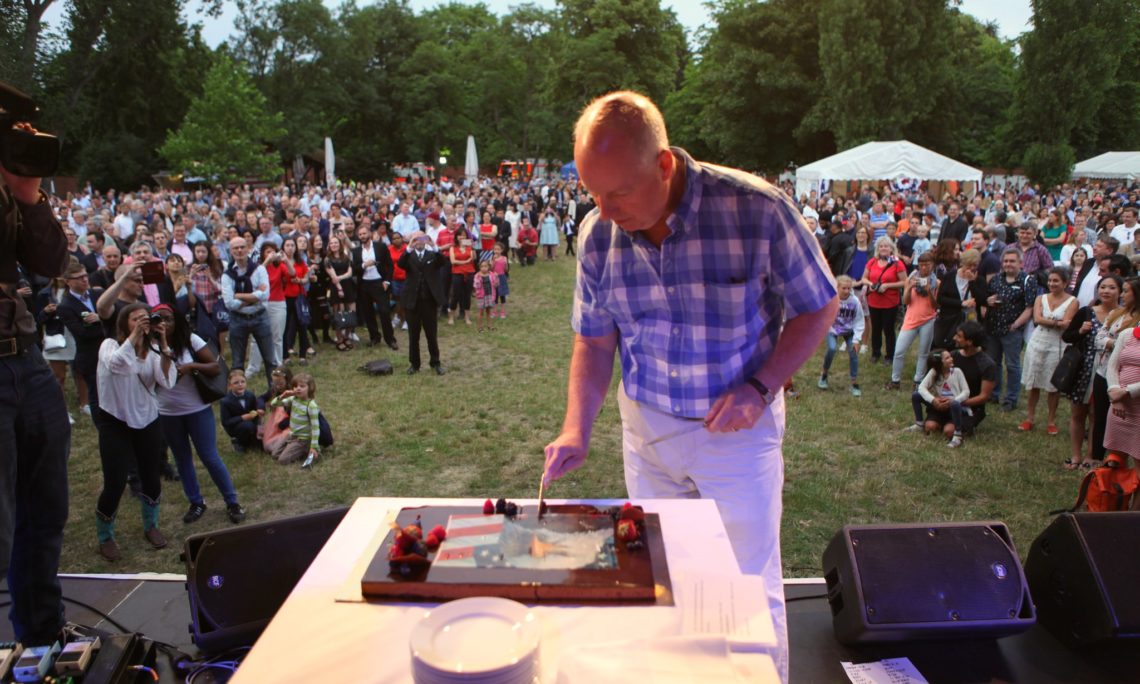 This year July 4th came early: Because of the upcoming G20 summit, Embassy and consulates decided to host their official Independence Day receptions early. In Berlin, we celebrated on Friday, June 23, with around 1,500 guests on the former Tempelhof Airfield.

Our annual reception is a diplomatic event for invited guests only. These are contacts from the German government, the business community, cultural institutions, media outlets, invited according to diplomatic criteria. As always, we have covered this event extensively on our social media channels to ensure that everyone could get a sense of what was going on.

For the actual July 4th there will be lots of celebrations throughout the country. If you’re in Berlin you might want to check out expat communities such as Americans in Berlin or platforms like Exberliner; for the rest of Germany you may want to get in touch with one of the German-American Cultural Institutions in your area or one of the American Organizations in Germany.