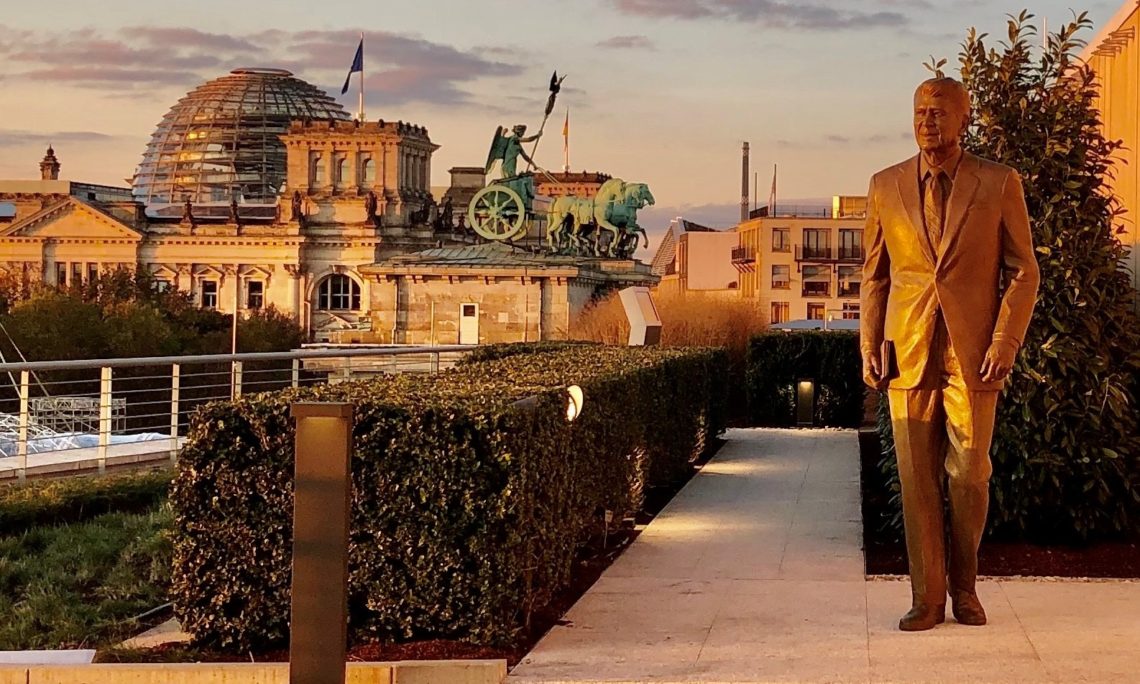 Previously, Ambassador Grenell had an interactive kiosk installed to view a video sequence of the speech. 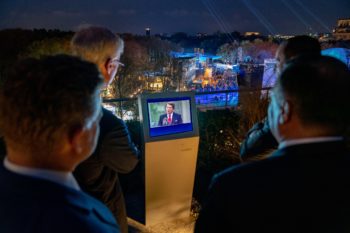 Secretary of State Michael R. Pompeo delivers remarks at the unveiling of the Ronald Reagan Statue at the U.S. Embassy, in Berlin, Germany on November 8, 2019. [State Department photo by Ron Przysucha/ Public Domain]

The statue, sculpted by Chas Fagan, was unveiled by Secretary of State Michael Pompeo, U.S. Ambassador to Berlin Richard Grenell, and Frederick J. Ryan, Jr., chairman of the Board of Trustees of the Ronald Reagan Presidential Foundation and Institute. 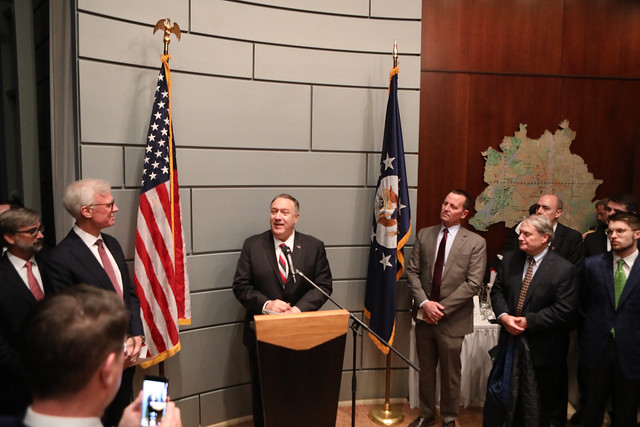