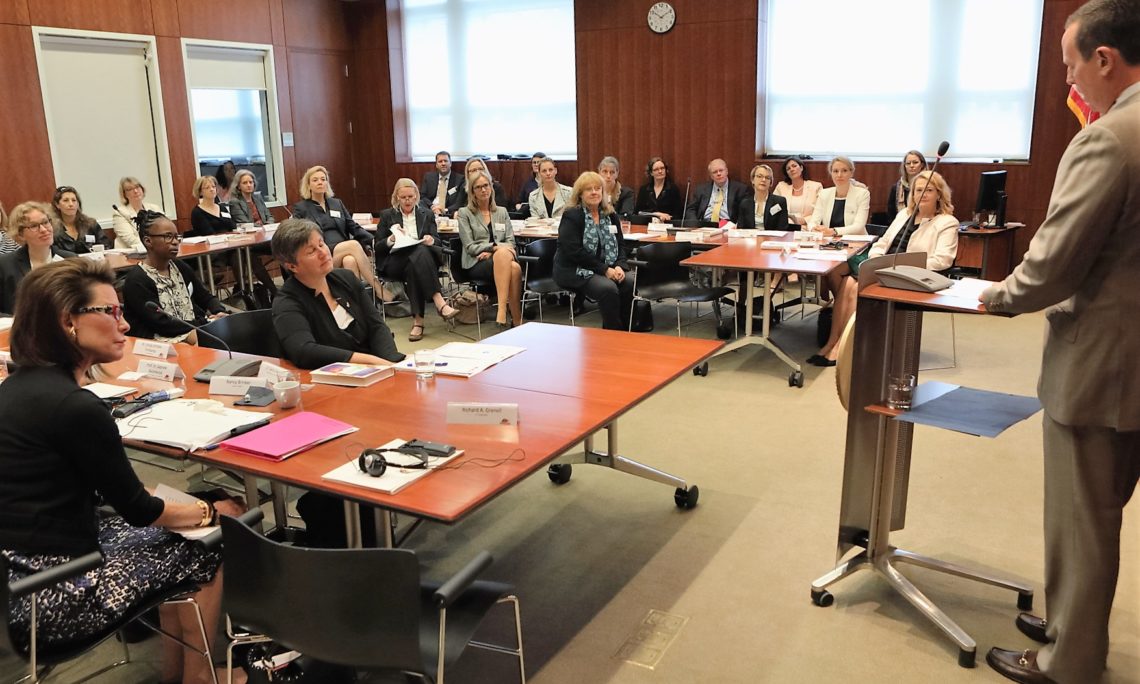 Thank you for coming to the Embassy today to highlight women’s health and cancer screening.  I am especially pleased to be able to welcome Ambassador Nancy Brinker and the other distinguished panelists to advance these discussions on issues I care about deeply.

As many of you know, I defeated cancer four years ago.  Cancer research, advancements in screening technologies, and my amazing medical team in LA gave me all the tools I needed.

But in order to bring the power of that medical research and professionalism to bear on the problem, one has to be aware of your options.  And early detection is the key.  New screening technologies are emerging, and so the questions must be asked – how do we raise awareness about these new cancer screening life-saving developments?  And most importantly for this group – how do we reach women who aren’t taking advantage of prevention and screening programs?

We have made significant progress in our ability to detect and fight cancer.

Cervical cancer incidence rates in the U.S. declined by about half between 1975 and 2014 due to the widespread uptake of screening, primarily with the Pap test.  And the cervical cancer death rate in 2015 was less than half that in 1975, due to this early detection.

But there is so much more to be done.

And that is why the United States is a leader in cancer research and screening technology.  I am proud to say that our 2018 budget included $5.7 billion for the National Cancer Institute, a $275.5 million increase over (FY) 2017 funding levels.  Each year the National Cancer Institute (NCI) issues grants to support research, clinical trials, and initiatives that address health care disparities.  And not all of those research dollars are used just in the U.S.  We support collaborative science, which enables the best American scientists to collaborate with the best European scientists in order to advance our research objectives.

We get a small window into that collaboration as each year the Embassy approves millions of dollars of NIH funding for specific projects that utilize the research expertise of both U.S. and German medical scientists.

U.S. researchers note the collaboration is essential because their German partner is the world leader in a particular area or because their research expertise is found nowhere else.

But, as with many aspects of the German-American relationship, it is the private sector which leads the way.

Ultimately, these investments need to result in longer, healthier lives.  I’m sure I am not the only person in this room who can serve as an example of what these investments have achieved.  Everyone is touched by cancer in some way.  We must work together to find a cure and demand early screening and detection.

(Invite Nancy Brinker to the podium.)  As you know, Nancy Brinker was Ambassador to Hungary, Chief of Protocol of the United States, and was named Goodwill Ambassador for Cancer Control for the United Nations’ World Health Organization.  She is also the founder of Susan G. Komen, the world’s largest grassroots network of breast cancer survivors and activists.  Thank you, Nancy, for joining us today.  The floor is yours.