Walter and Anne Momper with Ambassador and Mrs. Emerson at Schönhauser Allee S-Bahnhof

Berlin at its best – On March 3, the Ambassador and Mrs. Emerson joined the former Governing Mayor of West Berlin Walter Momper and his wife on a tour of Berlin by the commuter train Ringbahn, a 23.3 miles long railway line which circles the city center, connecting East and West Berlin.   The line shows the integration of culture, economy, and history since the Fall of the Wall.

Mr. Momper became the first mayor of a reunited Berlin and talked about life in divided and unified Berlin during the 6-hour tour.  The first stop was the Plaster Molding Studio founded in 1819; the studio plays a valuable role in global cultural preservation.  It collected 7000 objects from European and Egyptian art periods, from all over the world, and 500 original art works that were copied have since been destroyed or gone missing.

Next was the Gethsemane Church, built 1893, which played a crucial role before and during the peaceful revolution in the fall of 1989.   Church members described for the guests the days in 1989 when the church became a meeting point for opponents of the East.

Next stop was Storkower Straße where they toured the first large pre-fabricated housing estate in East Germany with the most commonly built type of residence.  Here they also had the opportunity to visit an apartment.

The final stop was at Deutschlandradio Kultur and the RIAS BERLIN COMMISSION, located in the building of the former RIAS (Broadcasting in the American Sector), a radio and television station in the American Sector of Berlin during the Cold War.  Since 1994, DeutschlandRadio Berlin broadcasts on the former RIAS frequency.  The RIAS BERLIN COMMISSION was established in 1992 by the German Federal Government and the Government of the United States of America to “promote German-American understanding in the broadcasting sector and the implementation of exchange programs for broadcast professionals” 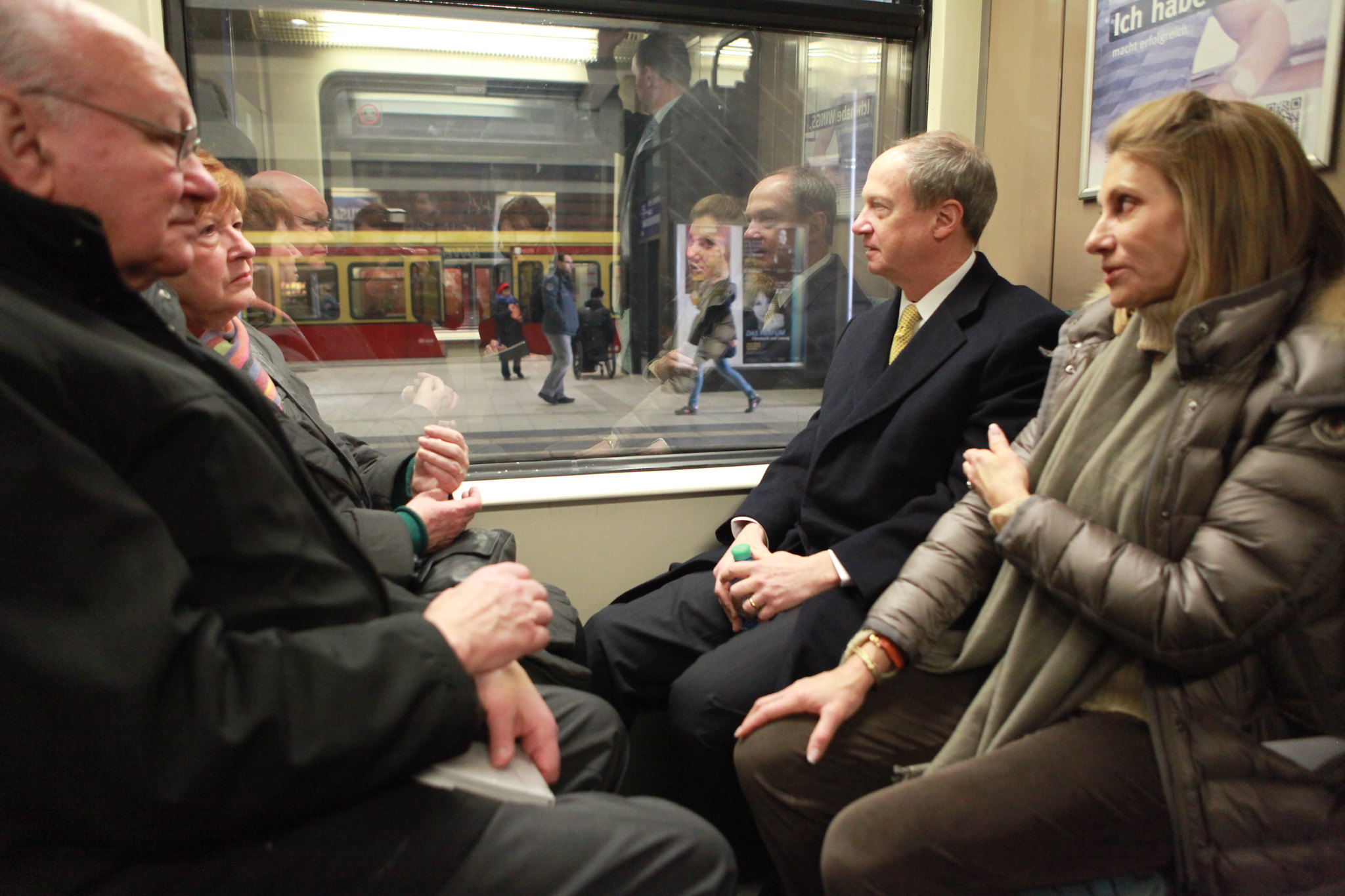