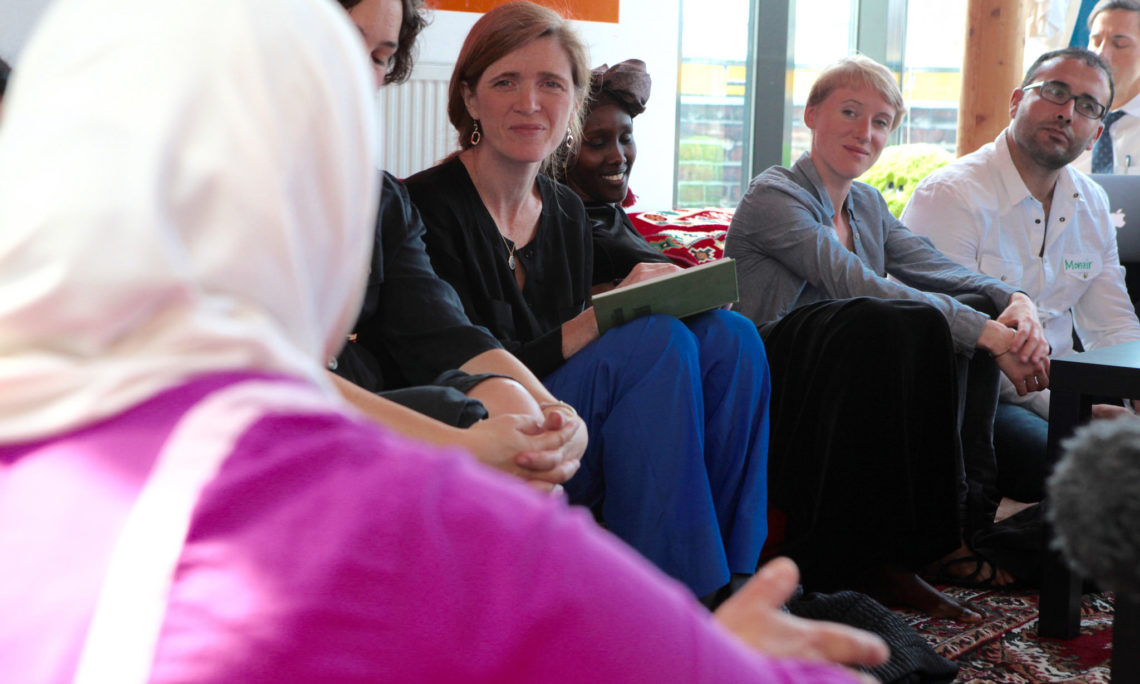 United States Ambassador to the United Nations Samantha Power traveled to Berlin June 8-9 to meet with German government officials, members of German civil society and refugees residing in Germany and to receive the 2016 Henry A. Kissinger Prize, bestowed in recognition of “her determined pursuit of a more secure, peaceful, and humane world.” She was the first woman to receive the prize.

On June 8, Ambassador Power met with State Secretary Haber to express the United States’ admiration for the generosity with which Germany has welcomed more than a million refugees and migrants in 2015, and to discuss ongoing efforts to determine their legal status and ensure their successful integration.

On June 9, Ambassador Power and Defense Minister von der Leyen discussed ways to strengthen the UN Multidimensional Integrated and Stabilization Mission in Mali (MINUSMA), in which Germany is playing a critically important role, and efforts to combat organized crime networks, particularly those involved in smuggling refugees and migrants.

Also on June 9, Ambassador Power met with Chancellery Head Altmaier to discuss the Leaders’ Summit on Refugees, which Germany and the United States will co-host along with five other nations during the UN General Assembly in September, as well as the need to mobilize governments, private sector leaders, and civil society groups to do more in responding to the global refugee crisis.