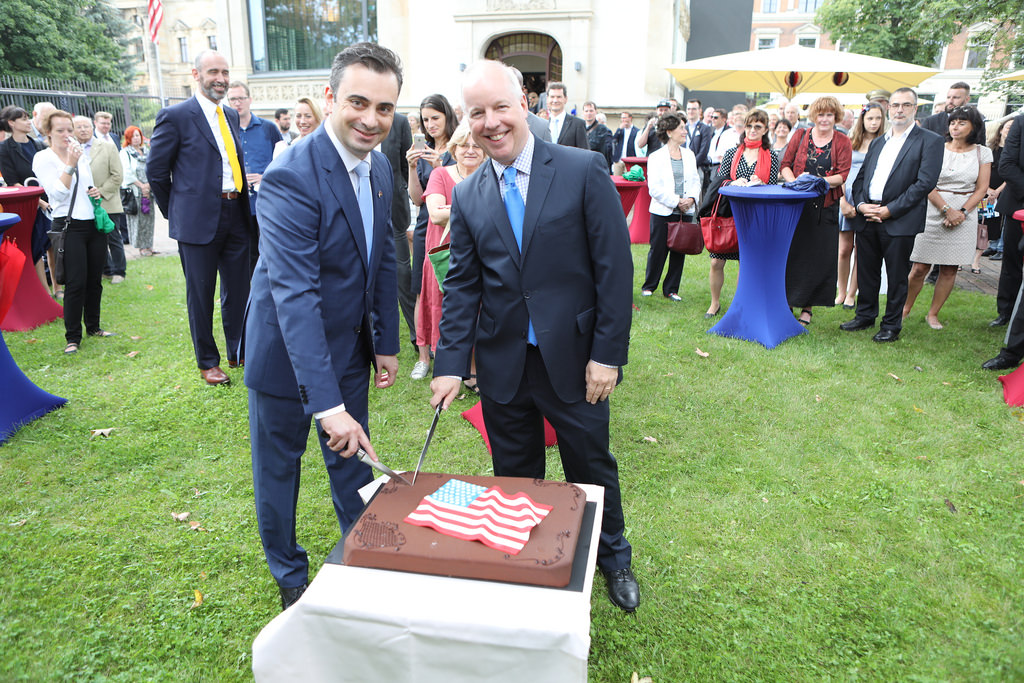 On July 11th,  Leipzig’s newly designated Consul General Tim Eydelnant celebrated the 241st anniversary of America’s Independence with over 350 guests including local government and business leaders, and friends of the United States from throughout the consular district. The festivities included remarks by Timothy Eydelnant as well as Kent D. Logsdon, Chargé d’Affaires of the U.S. Embassy in Berlin, a rousing rendition of the national anthem sung by Michelle Girardot,  an exchange student from the University of Houston currently studying in Leipzig, and of course, traditional American barbequed hamburgers.

The celebration, moved from July 4th to accommodate guests who spent last week preparing for the G20 summit in Hamburg, served to remind all in attendance of the importance of our shared desire to promote freedom and friendship between the United States and Germany.  “You are all proof of the great relationship between the United States and Saxony, Saxony-Anhalt, and Thuringia,” Tim Eydelnant stated in his speech. He highlighted the successful cooperation between the Consulate General and the region and vowed to continue and expand this important relationship.  Guests mingled late into the afternoon enjoying conversation with new acquaintances and the ambiance of the American jazz music.