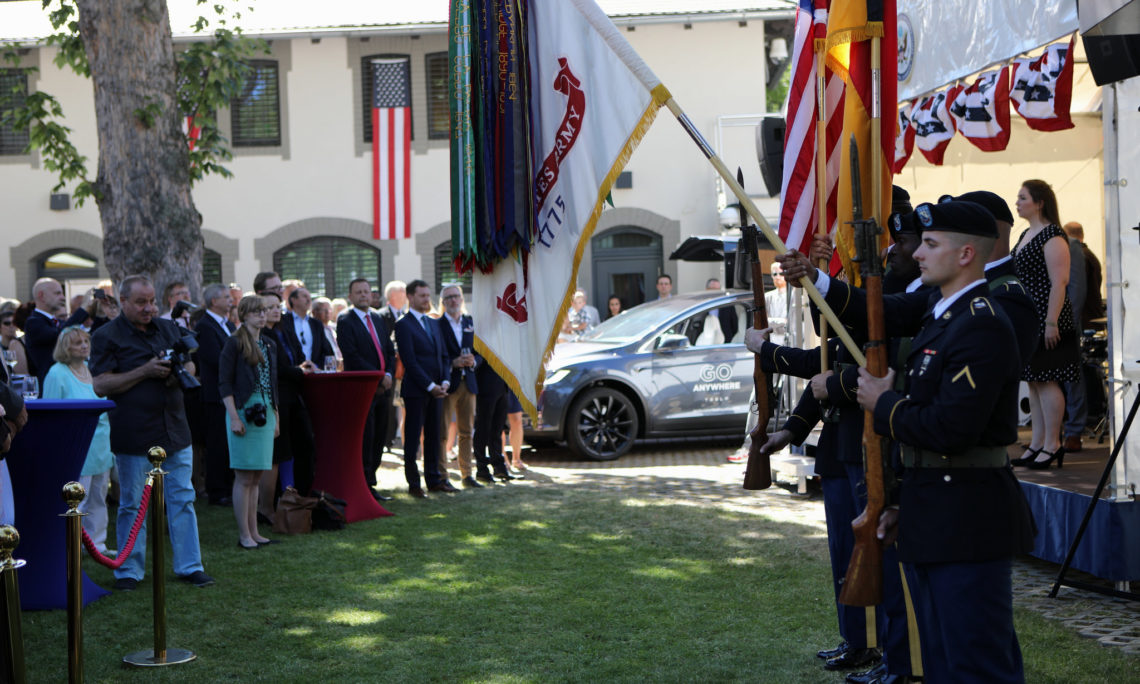 On July 2, U.S. Consul General Timothy Eydelnant celebrated the 242nd Independence Day of the United States of America together with more than 400 guests from all over Central Germany. This year’s traditional reception in the garden of the Consulate General in Leipzig was held under the motto “Texas” in honour of the 25th anniversary of the twinning between Leipzig and Houston. The guests could inform themselves about Houston, Texas and travelling to the USA, enjoy a typical Texan BBQ and listen to the sounds of the Dixieland Band of the U.S. Army Europe. This year’s American and German national anthem was sung by Madeline Cain from the Felix Mendelssohn Bartholdy Academy of Music and Theatre in Leipzig.

Among the guests of honour were Saxony’s Prime Minister Michael Kretschmer, Thuringia’s Minister for Culture, Federal and European Affairs Prof. Dr. Benjamin-Immanuel Hoff, Saxony-Anhalt’s State Secretary for Culture Dr. Gunnar Schellenberger and Leipzig’s Mayor for Finance Torsten Bonew. In their greetings, they all emphasized the strong links between Central Germany and the USA and reaffirmed their desire to continue and expand their cooperation in the future.

In his speech, Consul General Eydelnant emphasized the power of human-to-human connections and thanked all those who continue to fill transatlantic relations with life. “We face challenges that we can only solve together. Challenges and opportunities that unite us and highlight our shared values and interests,” said Timothy Eydelnant. He also announced his intention to push ahead with the establishment of a German-American Institute in Saxony. After the official part the guests remained to chat until the early evening over spare ribs, hamburgers and donuts.