School groups free if they register with USEmbassyCultureRSVP@state.gov by January 16, 2023. 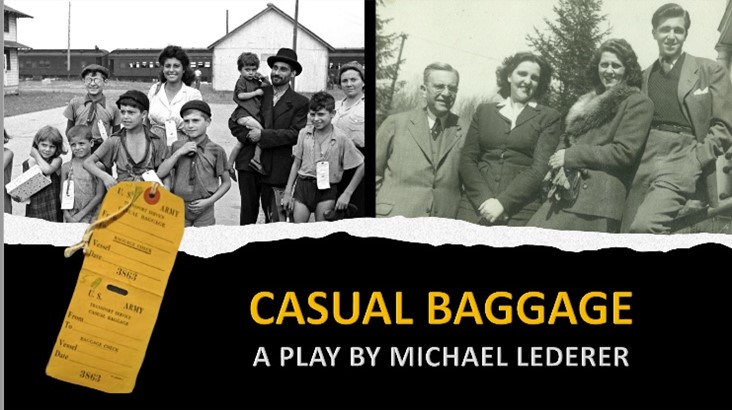 with Harvey Friedman as Ivo, Daniel Grave as Michael, Sarai Cole as Rada, Mareile Metzner as Player One, and Alexander Schröder as Player Two

followed by a discussion with the playwright Michael Lederer.

Based on the true story of a small group of Jewish refugees admitted into America during WWII. Numbering less than a thousand, they were kept behind barbed wire in an internment camp upstate NY until the war’s end. Years later, one survivor from that group finds it easier to share his story with a young Black woman he has just met than with his own American-born son. 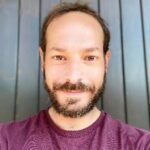 Daniel Brunet is a director, performer, producer and translator. He was born in Syracuse, New York in 1979 and received a BA in theater arts and film studies from Boston College. He moved to Berlin in 2001 with the support of a Fulbright Scholarship. Brunet became Producing Artistic Director of English Theatre Berlin | International Performing Arts Center in 2012 and established an artistic concept there that mirrors his own work: English as a working language, used by non-native speakers and native speakers alike in bilingual or multilingual works exploring sociopolitical topics. Daniel Brunet has received multiple awards for his over thirty play translations. He was a guest director and instruction for German drama at the New School University in New York City in 2017. Brunet has served as the speaker for the performing arts within the Speakers’ Circle of the Coalition of the Independent Arts and as a co-opted board member of LAFT – Landesverband freie darstellende Künste Berlin e.V. since the end of 2018.

The Literature Series is a cooperation of the U.S. Embassy Berlin and the English Theatre Berlin| International Performing Arts Center