Home Startseite / News & Events / U.S. Embassy Takes Part in Wreath Laying in Honor of the Victims of the Berlin Wall 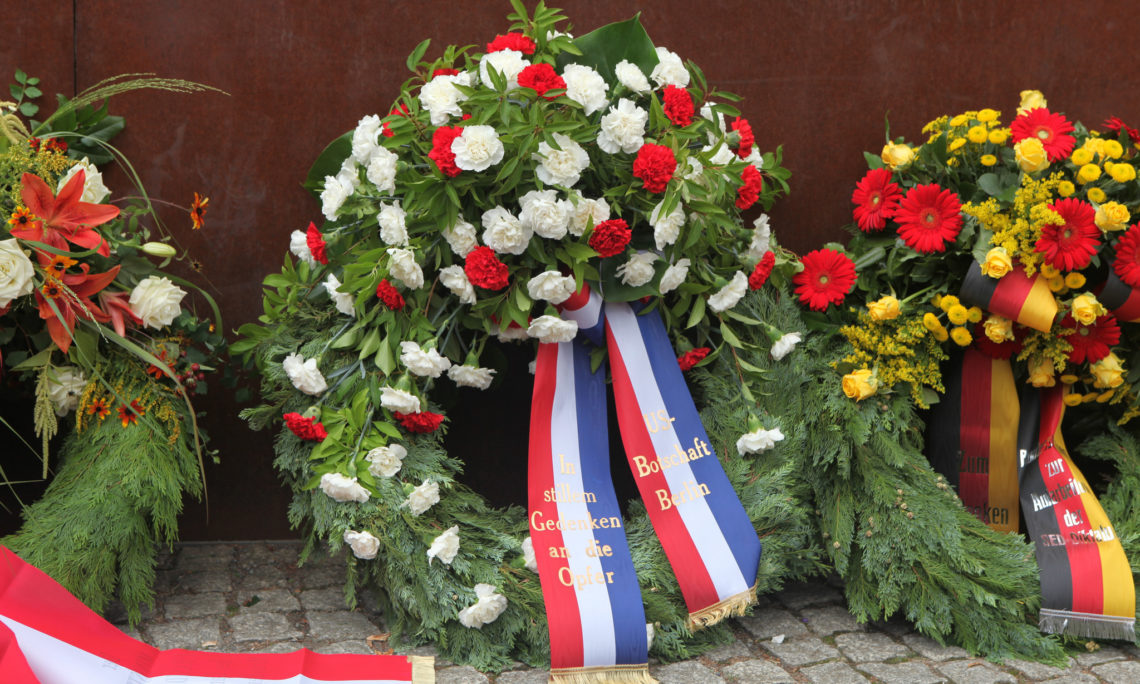 In a memorial ceremony at the Chapel of Reconciliation of the Berlin Wall Foundation on August 13, 2013, various dignitaries honored the victims of the Berlin Wall.  On that day fifty-two years ago, the GDR leadership had initiated construction of the Berlin Wall under the direction of Walter Ulbricht – originally with the goal of stopping the emigration of skilled laborers from East Germany.  The construction of the Wall actually sealed the division of Germany, which lasted until November 9, 1989. Pastor Thomas Jeutner’s moving devotion urged visitors not to forget the dead and called upon them to remember the wish of all those who long to escape oppression, injustice, and violence – to be free.  Having been arrested as a 15 year-old for attempted escape from the GDR, Rainer Wagner, the Chairman of the Union of Associations for Victims of Communist Tyranny, appealed to the more than one-hundred visiting school children from Berlin and Brandenburg with his story.  He emphasized therewith the inhuman nature of dictatorships, simultaneously underlining the central meaning of reconciliation as an act of starting anew. In the presence of other political and societal figures, Thomas Miller, the Acting Deputy Chief of the U.S. Embassy Berlin, laid down a wreath as a sign of everlasting remembrance.