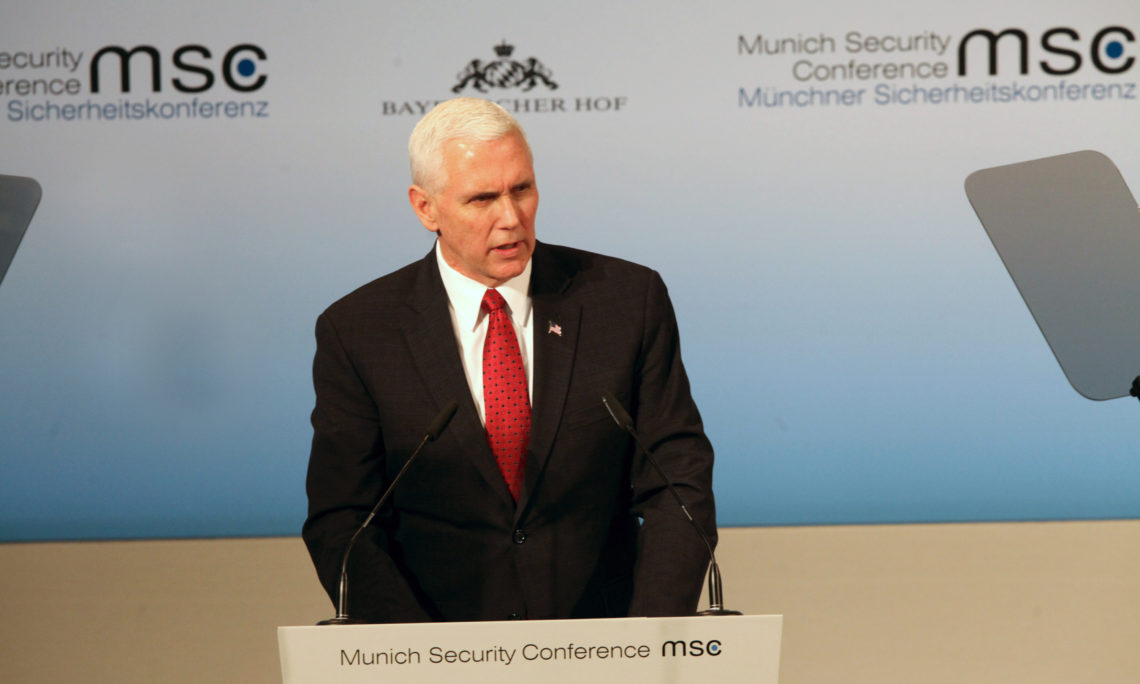 Vice President of the United States Mike Pence traveled to Germany to take part in the 53rd Munich Security Conference on February 18, 2017. During his address to the conference he reaffirmed U.S. commitment to NATO and Europe, outlined our priorities for the transatlantic alliance, and urged greater burden sharing by NATO allies. On the sidelines of the conference he took part in discussions with leaders from Afghanistan, Iraq, Estonia, Latvia, Lithuania, Ukraine and Turkey.