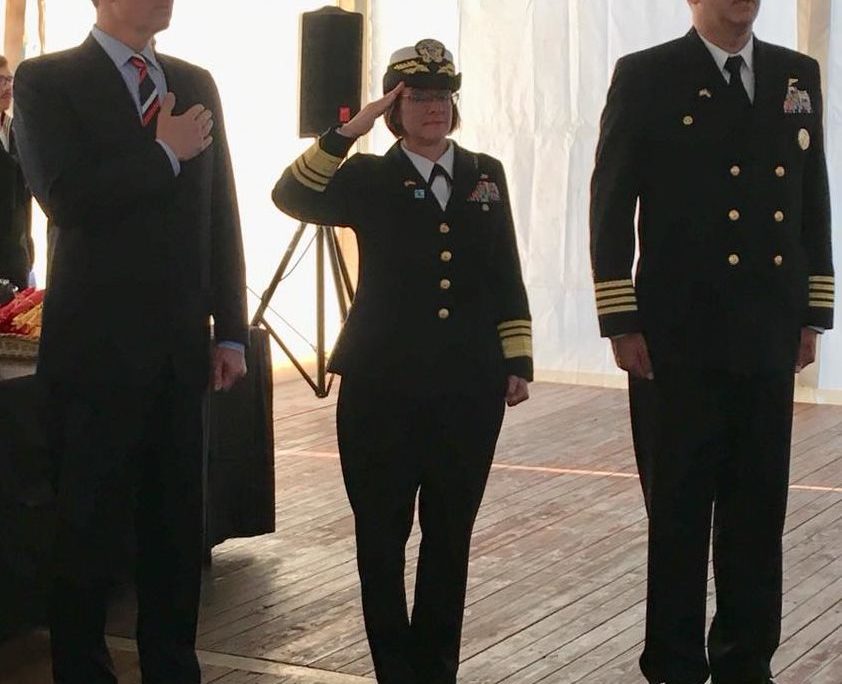 Vice Admiral Franchetti, Captain Aguilar, first of all, I would like to thank you for welcoming us all on board the USS Mount Whitney.

I also want to thank the City of Kiel for their great hospitality.

Germany has been a great host to over 35,000 members of the U.S. military, and over 50,000 people when you include family members.   As the largest U.S. force presence in Europe, this is of enormous strategic importance.

Germany has offered to host the new Joint Support and Enabling Command in Ulm (Baden-Württemberg).  This new command facility will improve military mobility and readiness in Europe, further strengthening our Alliance.

Naval exercises, as exemplified by the visit of the USS Mount Whitney, underscores the critical importance of being prepared.

Germany is also a partner in numerous global military operations.  The role Germany plays in fighting terrorism, specifically in the Defeat-ISIS Coalition, is crucial.  Germany stands shoulder to shoulder with our Baltic Allies for the NATO deterrence mission in Lithuania, and is leading NATO train and advise efforts in northern Afghanistan.  We greatly appreciate these commitments.

The BALTOPS exercise is perfectly timed with the upcoming NATO Summit in Brussels in July.  It highlights the U.S. commitment to defend all NATO territory, and underscores the critical importance of interoperable forces from the Alliance working across all services – land, air, and sea – to ensure peace and freedom.  It is important that we join with our NATO partners to take further steps that will enhance the Alliance’s deterrence and defense posture.

Germany’s bold step this month to increase defense spending to 1.5 percent of GDP by 2024 is a welcomed announcement.  This is an important step on the way to implementing in full the Wales Pledge on Defense Investment of 2%.

More money and ramped up procurement spending will mean more ready and capable forces.  It will also mean a stronger Europe, a more prepared Europe, and therefore a stronger transatlantic alliance.

As we know, a strong military also helps enable effective diplomacy.  And we look forward to working with Germany at the UN as it assumes an even greater leadership role through its upcoming UN Security Council seat.

I would like to take this opportunity to commend Vice Admiral Franchetti and the some 2,300 American Sailors, Marines, Soldiers, and Airmen who were a part of this year’s military exercise.  Your leadership to protect the U.S. and our allies is greatly appreciated by everyone here, and by every American.